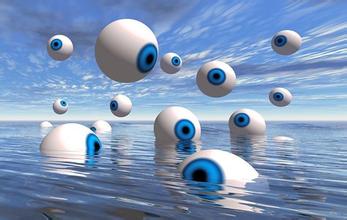 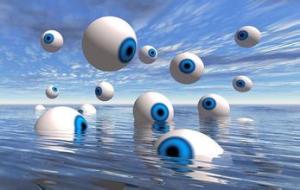 If individuals and social classes are materially, culturally and educationally impoverished, then their existence is dominated by the continuous requirement to fight for survival on a daily basis. This requirement is a facet of the economic system these beings exist within, and is viewed by those who possess the political power as being a perfectly normal and natural process – a destructive process that sees the majority of the people trapped in such a system, essentially existing to enrich and serve the minority that control society. Having to exist in such a manner that involves conflicting with one another (and with society) on a daily basis to acquire enough resources just to continue to survive, means that the human mind is prevented from developing beyond the grinding material conditions that define its physical existence. Desperation and brutality against others is the product of not having enough resources readily available, so that those suffering deprivation are controlled by those who possess social and political power to exist and behave in a manner that makes them easy to exploit. A man or woman will work 12 hours for £50 if such an exploitative situation represents the difference between starving to death and continuing to exist. Therefore we know that a privileged minority in modern Western, capitalist societies control the majority though the deliberate and cynical limitation and granting of resources.

This being the case, it is obvious that the majority of people existing within capitalist societies are generally in a psychological and physical state of disadvantage. This suggests that they are so heavily locked-in to the socio-economic situation of their existence, that their minds are unable to disengage from it, and see beyond it. This is a logical assessment of the psycho-physical reality of the workers. They are not trained to use their minds in a manner that allows them to be ‘free’ of the daily battle for survival. This is because they are never in a situation where they are ‘free’ from the daily grind, unlike their middle class counter-parts. The workers are trained from birth to possess a limited ability (through a deficient education system) that ensures that their attention is taken with basic greed and superficial observation. They are taught that they must not be united with their fellow workers, but treat them as competing enemies that they must fight. When workers are distracted by fighting one another (like rats trapped in a barrel) they do not develop the insight to understand that their real enemy is in fact that the middle class which maps out their exploitative future from birth, and that ensures the workers never escape the trap of poverty they are made to exist within.

The middle class, on the other hand, experience from birth a totally different and very positive socio-economic situation. Whilst being brought-up to think that they are superior in every way due to their possession of political and economic power and resources in society, their education provides them with every cognitive advantage. As they already possess ample resources (which they gain from exploiting the workers) they do not, as a rule, need to fight for their existence on a daily basis. This difference automatically ‘frees’ the middle class person to explore literature and philosophy, to travel and explore the world, and generally experience a far more diverse and rich experience of the psychological and physical world they inhabit. They are falsely taught that the working class are poor because they are psychologically and physically inferior – this serves to explain and justify their impoverished existence, and suggests that there is no point trying to help them, etc. Whilst implicitly and explicitly creating the conditions to exploit, oppress and impoverish the working class, the middle class is never taught that it is all their fault and within their power to change things. It is the middle class ideology of conservativism that holds all this together, and as many middle class people are quite happy and content with their artificial but otherwise positive existence, many do not see the need to either change themselves in any way, or work toward transforming society.

Capitalist society assumes a priori that nothing should change, but every so often, philosophers, poets and spiritual travellers do emerge. Generally speaking they are all usually of a middle class background simply because it is the exposure to the middle class education system that has provided them with the psychological attributes required to see beyond the limitations of their existential situation. Working class people, as their psychological conditioning is deliberately engineered to be self-limiting, generally do not possess the ability to see beyond their circumstance, and so have no reason or ability to do so. It is not that working class people are actually ‘inferior’, but that the exploitation applied against them ensures that most think and behave in a dysfunctional manner. This can be changed through self-education, but it is difficult for workers to break free from the sheer oppressive psychological and physical weight of the life they are forced to live. Workers should educate themselves and try to break free of the oppressive state they exist within, but middle class people possess a definite advantage as they are already conditioned to be ‘free’ in the world they inhabit. Occasionally, some middle class people break free of their cultural programming and open their minds to other realities. This is a product of their privileged socio-economic circumstances, but it does also demonstrate that there exists other ways of viewing the world that are not limited to the blinkering effects associated with capitalism. It is the system of economics that we inhabit that acts as an intermediary between individuals living within a society and the many levels of reality that science and philosophy state exist beyond our obsession with the outer layer of material reality. If the human mind can be freed (through the correct application of an appropriate education system) from the limitations of historical conditioning, then it is possible for individuals to develop a realisation that permanently perceives a multi-dimensional reality. However, it must be noted that inequality and poverty within a society prevents the human mind from functioning in an optimised evolutionary manner. This means that capitalism is not only a stupid system used to control humanity through greed, but it also keeps humanity in a state of arrested evolutionary development.