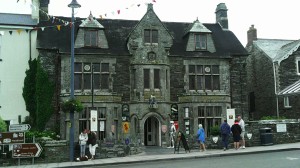 The Great Halls of King Arthur

In the earliest layers of legend – King Arthur is a pre-Christian British leader – who unites the land and brings peace and prosperity to the land of Britain.  He is assisted in this task by the magic Celtic wizard named Merlin.  After Christianity arrived in Britain, the early Christian missionaries were surprised by the fact that the local Britons believed in the story of Arthur to a greater extent than they turned to the foreign and unfamiliar religion of Christianity.  To combat this indigenous threat to the spread of Christianity, the missionaries pursued a policy of harnessing local ‘pagan’ beliefs and superimposing upon them a Christian interpretation.  This policy was a deliberate and more or less successful attempt at religious colonisation of the British Isles by those Christians who could read and write, over the generally poorly educated masses of British people, who were misled away from the belief systems of their Celtic fore-fathers.  The Celtic King Arthur was not a Christian – and neither was his wizard Merlin, but overtime, a Christian layer was added to the story.  This place in Cornwall is an imagined recreation of what King Arthur’s royal halls might have been like – as many people believe that Arthur was linked to the nearby Tintagel Castle, although other areas in the UK are also associated – such as North Wales and Glastonbury.  In Winchester – there is yet another Great Hall – with an ancient round table also associated by many with the Arthurian legend.  There is something truly magnificent about Arthur’s Great Halls in Tintagel.  King Arthur’s Great Halls was the brainchild of the eccentric philanthropist and millionaire – Frederick Thomas Glasscock (d. 1934). 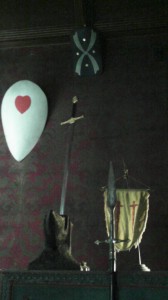 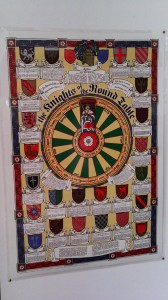 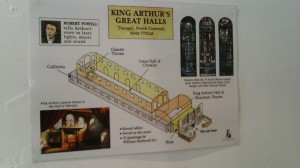 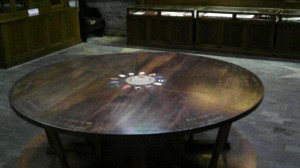 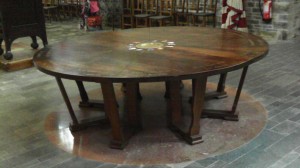 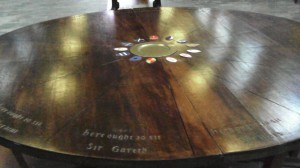 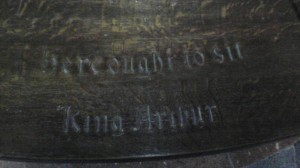 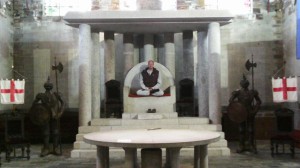 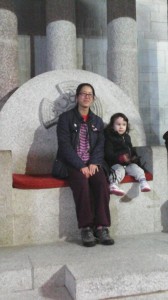 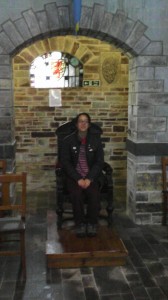 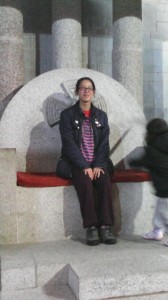 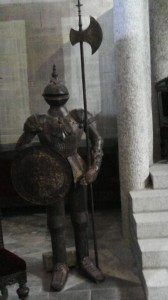 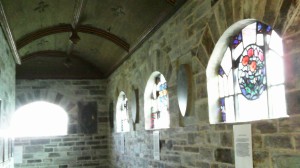 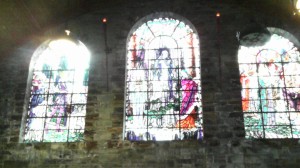 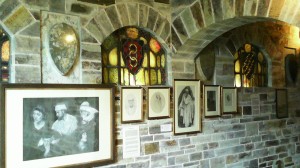 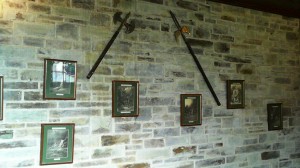 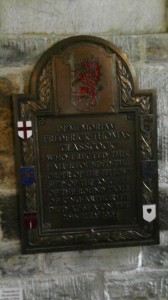 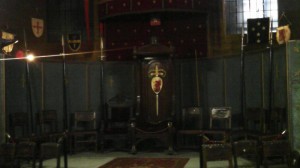 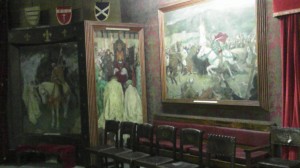 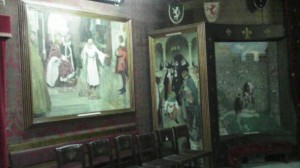 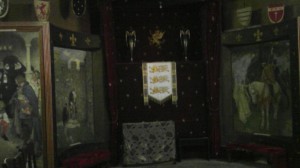