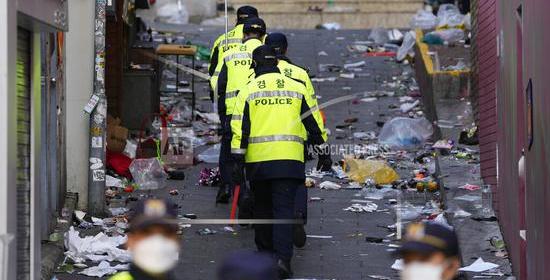 Since 1945, the US has pursued a vicious (militarised) policy of brutal colonisation and the wiping-out of indigenous Korean religion and spirituality – in a futile attempt to prevent the growth of ‘Socialist’ ideology amongst the ethnic Korean people living to the ‘South’ of the 38th Parallel! The intensity of this destructive policy increased considerably in 1953 following the US defeat during the US War of Aggression in Korea (1950-1953)! White, Christian Missionaries roam completely unopposed throughout South Korea – encouraging the young to abandon the traditions of their parents and grandparents as part of the process of the destruction of their indigeous culture! This includes Americanisation in everyway – and the enforced importation of the US distortion of the ancient (Pagan) ritual of ‘Ancestor Worship’ from Celtic Europe! All Hallows Eve not only has very little to do with contemporary European culture – but its modern variant of ‘Halloween’ has absolutely NO place within South Korea! The only hope for South Korea is the full Unification with North Korea!