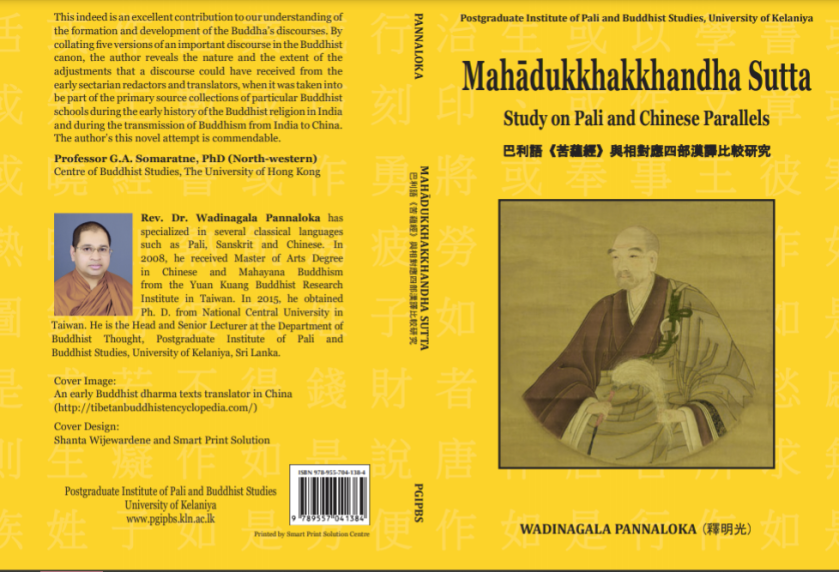 I have read your kindly attached book with considerable interest . As a Chinese Buddhist who has also studied (and benefited immensely from) the teachings preserved and passed-on within the Theravada tradition – I find it fascinating to experience how those brought-up within the Theravada tradition view and interpret Chinese Buddhism. As I am in the middle of this dialectical process – I find my mind being both purified of ignorance and expanded in wisdom. Master Dao-An was a great man who was dedicated to expelling China’s cultural ignorance about India’s genuine Buddhist practice and strove to replace these misconceptions with genuine knowledge. His task was immense. I appreciate your clear, concise and logical arrangement of the Pali text and the four Chinese counterparts – together with the exact and useful observations your research reveals when all this data is correctly compared. The Chinese cultural habit of bringing order to the inner and outer world by compiling lists of relevant observations can be seen in the process of translating the Pali text into the Chinese language. The power of the written word (when arranged and placed correctly on the paper) aligns the mind, body and environment so that any form of repetition is simply not requited. This is a habit of bringing order out of chaos that has its roots in the Confucian tradition – and before that in the ancient habit of Chinese kings consulting divination oracles (through specially trained priests who could read and write). Ancient symbols etched onto tortoise shells and ox scapula eventually evolved into the Chinese language and retained the original sense of ‘holiness’. The oracles always avoided repetition and made a virtue of brevity. This is why the Chinese language today is still used to express a great deal with as few carefully chosen ideograms as possible. We need scholars such as yourself to ascertain whether the Chinese scholars have done a good job or not!