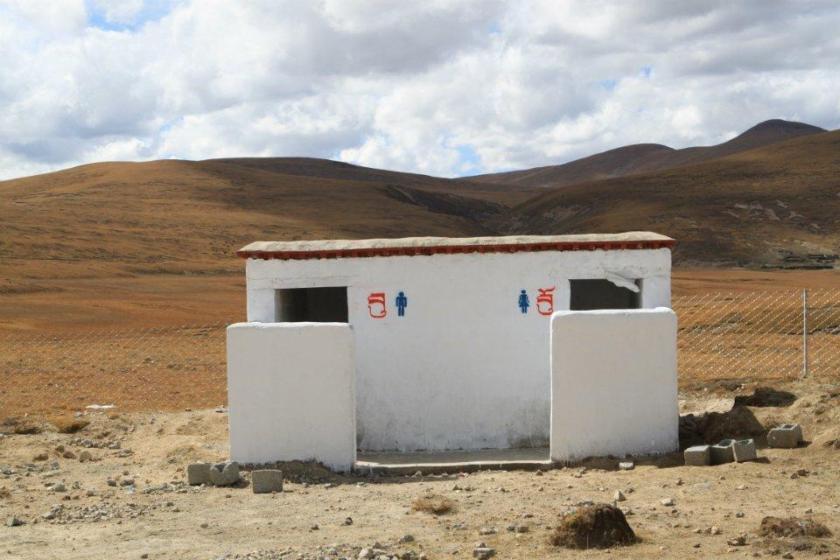 The Grange Hill BBC drama series written for children in the UK – ran from 1978-2008 over 600 episodes – and featured various adventures of groups of different aged British school-children in a fictional school in North London (that later shifted to Liverpool). In all of these episodes, the BBC script writers never once featured ANY ethnic Chinese characters or British-Born Chinese children attending the fictional school. This omission of a small but economically substantial section of British society was very carefully ‘disguised’ behind a veneer of bourgeois (boutique) multiculturalism that featured Black and Asian characters amongst the ‘White’ majority cast. This deliberately fabricated sense of ‘diversity’ was further propagated by the inclusion of the occasional disabled character, people in extreme poverty, pregnant teenagers and people of differing body sizes and body images, etc.

The only time any mention was made of the Chinese people was in the first episode of series 20 – entitled ‘Human Rights Day’. This was originally broadcast on BBC1 on the 21st of January, 1997 – the year that the British Protectorate of Hong Kong (formerly a ‘Colony’) was to be returned to Mainland Chinese control following over a hundred years of brutal and corrupt British imperialist rule! Despite this being a happy time for the Chinese people, the West depicted this event as a ‘tragedy’ and intensified its anti-China racist offensive to new heights! What is regrettable about this ‘Grange Hill’ incident is that it is clear that the BBC was doing the bidding of the incumbent Tory government and thought nothing of using ‘TV’ to ‘brain-wash’ the youth of the country! Young actors are forced-fed lines that are ‘racist’ in nature, tone and intent!

Following a young boy being padlocked in a cell under the stairs – the cast of Grange Hill – supported by the pro-capitalist ‘Amnesty International’ begin an extraordinary ten minutes of anti-China (racist) dialogue that would not be out of place at a 1930s Hitlerite rally! What is extraordinary is how this level of anti-China racism is viewed as acceptable and correct! The Chinese people are depicted as being ‘not really here’ – like a character out of Lord of the Rings’! They exist in a semi-mythical land that cannot be contacted in anyway – not even by telephone! The Chinese people are ‘those Chinese’ who are ‘evil’ incarnate which every right-minded individual in the West should ‘hate’ because of what the US government says has happened in Tibet! This outburst of anti-China racism clearly exhibits the mind-set of BBC scriptwriters and explains why no British-born Chinese character ever appeared in Grange Hill!

This BBC-generated anti-China racism is premised upon a CIA-fabricated myth, the narrative of which suggests that a beautiful and tranquil independent Tibet was invaded by the ‘Communist’ Chinese in 1959. A quick history lesson will demolish this edifice of stupidity and ignorance. Over a thousand years ago, the highly war-like Tibetan people invaded Western China, with millions of ethnic Tibetans settling in Yunnan and Sichuan provinces, etc. We know this because millions of Tibetans still live in these areas today, practice their culture and speak their language as ‘Chinese’ citizens. For hundreds of years an invaded China was ruled from Lhasa – the capital of Tibet – which effectively joined the countries administratively together. Therefore, Tibet became a part of sovereign China over a thousand years ago due to ‘Tibetan’ aggression and not ‘Chinese’ aggression.

Even under the last imperial dynasty of China – the ‘Qing’ (1644-1911) – Tibet was recognised by the international community as being part of China. From 1911-1949 – whilst China was under the control of the pro-West and capitalist-supporting ‘Nationalists’ – Tibet was accepted as being part of China. So, what went wrong? Well, as soon as the Chinese people decided to reject the ‘capitalism’ enforced upon them by the imperialist West – and embrace ‘Socialism’ – it was imperative for an ascending United States to ‘breakup’ the geographical and political cohesion of ‘Socialist’ China by generating the ahistorical and entirely ‘false’ propaganda that the Tibetan region of China had been ‘independent’ prior to the 1949 Socialist Revolution – and that following this event, ‘Socialism’ is now being ‘forced’ upon the Tibetan people! Amnesty International and various other bourgeois charities got to work and literally ‘invented’ imprisoned ‘heroes’ that did not really exist in Tibet – but which were placed on poster campaigns throughout the West – to whip-up anti-China sentiment through a contrived ‘moral’ outrage!

The 14th Dalai Lama – who had entertained and sheltered ‘wanted’ Nazi German War Criminals during WWII – was co-opted onto the CIA pay-roll and risked out of Tibet in 1959! Whilst the small population of ethnic Tibetans that followed him into exile now live-in abject poverty in a refugee-camp in India – the Dalai Lama routinely stays in five-star luxury hotels in the US, receives hundreds of thousands of dollars from the US government each year, whilst eating meet and driving around in bullet-proof cars, etc! He receives this opulent treatment as long as he maintains his anti-China stance, and his Office encourages young people to set-fire to themselves in support of the myth of an ‘independent’ Tibet! The books he writes about Buddhism are highly ‘Christianised’ to suit the attitudes of the Westerners that purchase them – even though his vows as a Buddhist monk prevent him from receiving money of any kind! None of these facts matter, however, when a Western government is dedicated to generating a ‘myth’ in place of the reality!

The poster used in this episode of Grange Hill is of a fictitious ‘Tibetan’ supposedly imprisoned by the ‘nasty’ Chinese invader! Tibet was a brutal and backward country prior to 1949. In fact, as part of their cultural outlook, the Tibetans are extremely xenophobic and do not take kindly to any outsiders – particularly Westerners! Despite decades of Socialist education and the weakening of this ‘racist’ attitude – it still exists within close-knit Tibetan communities. The average Tibetan has no problem with Chinese people – or those they historically conquered – but they generally have no interest in those people with no genuine understanding of their history and culture! Of course, some are more open than others, and as Tibet has vastly improved and advanced in recent years – Tibetan tourists do visit the West. Genuine ethnic Tibetans have no understanding of the so-called ‘Free Tibet’ movement – because as far as they are concerned – Tibet has been free of the tyranny of the Dalai Lama and his ignorant feudalism since 1959! This Grange Hill script not only racializes the Chinese people – but is also racist through the complete and total misrepresentation of the Tibetan people! I hope the damage done by these script-writers can be over-come through the experience of genuine education about how Tibet is progressive and the Chinese and Tibetan people are like brothers! Young people in the West should not take programmes like Grange Hill seriously, but work instead for ‘Socialist’ Revolution!