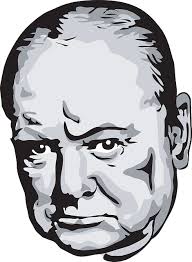 1913: The Mental Deficiency Act was passed into Law by the British Parliament in 1913. This Act was designed to remove all undesirable people termed ‘mental defects’ from the mainstream prison and work-house populations. The thinking behind this was that those suffering from ‘mental defects’ did not respond to punishment in the expected (or normal manner), and that the presence of such people amongst the general population tended to undermined the efforts required by the agents of the British State in its efforts at ‘maintaining’ the supposed ‘natural order’ of society (it cannot be much of a ‘natural order’ if such contrivance is required to maintain it). This Act was premised upon Winston Churchill’s suggestion to the British Parliament during February, 1911 – within which he opined that all ‘mental defects’ (thought to number around 150,000 in the UK at the time), should be forcibly rounded-up and indefinitely detained in specially established ‘Mental Defects Colonies’ – where they were to be subjected to a barbaric regime of hard and unrelentless ‘forced-labour’. Today, it is understood that this type of authoritarian regime often makes the symptoms of the many types of psychological, emotional and psychiatric illnesses far worse. To be a ‘mentally defective’ according to Churchill – should include anyone homeless, drunk, abandoned, neglected or unschoolable. Whereas so-called ‘idiots’ and ‘imbeciles’ were terms used by the British government (in the wording of the 1886 ‘Idiots Act’) to describe people suffering from any number of what is recognised today as ‘cognitive disabilities’, the list suggested by Churchill, however, ignores any attempt at ‘defining’ or even genuinely ‘assisting’ people with disabilities – but is rather concerned with targeting the working-class poor of Britain (hence Churchill’s rather ‘Hitleresque’ answer to subject them to ‘enforced-labour’, as only the working-class actually ‘works’) who are suffering from the different debilitating stages of inherent capitalist inequality. This is typical of the fascistic thinking of Tory ideology – which practices the time-honoured strategy of ‘blaming the victim’. See: Jonathan Levi & Emma French – Inside Broadmoor, Blink, (2019).