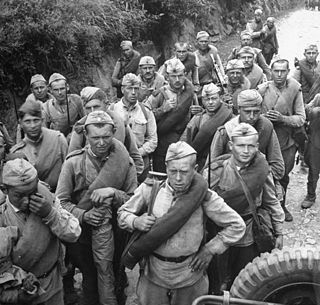 At 16:30 on August 7th – J.V. Stalin and Chief of the General Staff A.I. Antonov – signed Directive of the Supreme Command Headquarters No. 11122 to the Commander-in-Chief of the Soviet troops in the Far East, ordering three fronts (Transbaikal, 1st and 2nd Far Eastern) to begin on the 9th August, 1945, the war against Imperial Japan. On August 8th, at 17:00 Moscow time, People’s Commissar for Foreign Affairs of the USSR – V.M.Molotov – received the Japanese Ambassador Naotake Sato, to whom, on behalf of the Soviet government, he issued a statement stating that the USSR from August 9th – would consider itself in a ‘State of Declared War’ with Japan. The declaration of war in Tokyo was learned at 4 am on August 9th through an intercepted radio transmission. Thus, the war was declared exactly 3 months after the victory of the countries of the anti-Hitler coalition in Europe.

The entry of the Soviet Union into the war against Japan was approved by both the Chinese Communists and the Kuomintang Nationalists. Chairman of the Communist Party of China – Mao Zedong – and the commander of the 8th Army – Chu – August 8th sent Stalin a telegram welcoming (on behalf of the Chinese People) the Soviet ‘Declaration of War’ on Japan. The leader of the Kuomintang Party – Chiang Kai-shek – wrote in his telegram to Stalin on August 9th “The declaration by the Soviet Union (from today) of war against Japan has aroused deep enthusiasm among the entire Chinese people. On behalf of the Government, people and army of China, I have the honour to express to you, as well as to the Government and the heroic people and army of the Soviet Union, sincere and joyful admiration.” At the same time, Mao Zedong’s article “The Last Battle with the Japanese Invaders” was published. It said:

“On August 8th, the government of the Soviet Union declared war on Japan; the Chinese people warmly welcome this. Thanks to this step by the Soviet Union, the duration of the war with Japan will be significantly reduced. The war with Japan is already in its final stage, the hour has come for the final victory over the Japanese invaders and all their henchmen. Under these conditions, all the forces of the struggle against the Japanese invaders in China must launch a country-wide counter-offensive and fight in close and effective cooperation with the Soviet Union and other allied powers.”

There was also a reaction in the West. In a special statement from the British government on 9th  August, it was said: “The war declared by the Soviet Union today – is proof of the solidarity that exists among the main allies – and it should shorten the period of struggle and create conditions that will promote the establishment of world peace. We welcome this great decision of Soviet Russia.”

Based on the Protocol on Mutual Assistance between the Mongolian People’s Republic (MPR) and the Soviet Union of March 12th, 1936 – on August 10th, the Presidium of the Small Khural and the Council of Ministers of the MPR at a joint meeting also Declared War on Japan. On the same day, the head of the Mongolian government – Kh. Choibalsan – spoke on the radio, informing the population about the declaration of war – and the reasons for it.