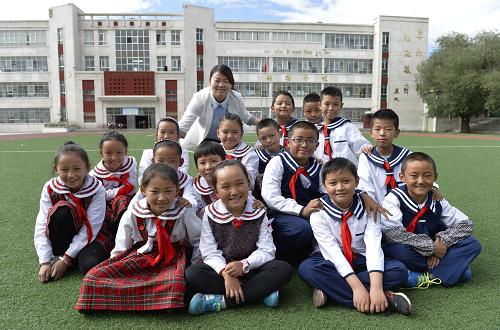 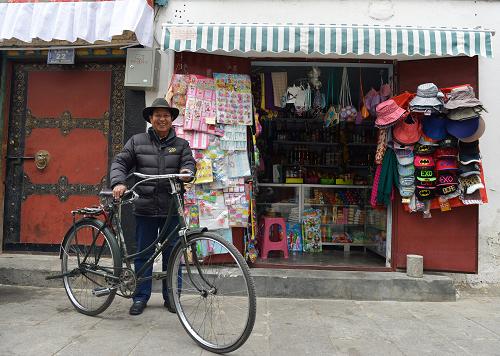 This is Luosang Gonbu (洛桑贡布), stood at the entrance of the small shop which he owns. He was pushing his bicycle to go out (photo taken on March 18). Born in 1949, Luosang Gonbu was the same son of the Republic. He was the son of a serf. He later became a Cadre under the training of the Communist Chinese State. He was the Director of the Commercial Bureau of Lhasa Chengguan District and retired in 2005. In his eyes, after the peaceful liberation of Tibet, everyone is free to dominate their own destiny. The Potala Palace stands tall and has witnessed the vicissitudes of the snowy plateau over half a century. On the occasion of the 50th anniversary of the establishment of the Tibet Autonomous Region, the reporter has sorted out the contents of ten aspects, including politics, people’s livelihood, economy, ecology, culture, etc., which explore the source of happiness within modern Tibet.