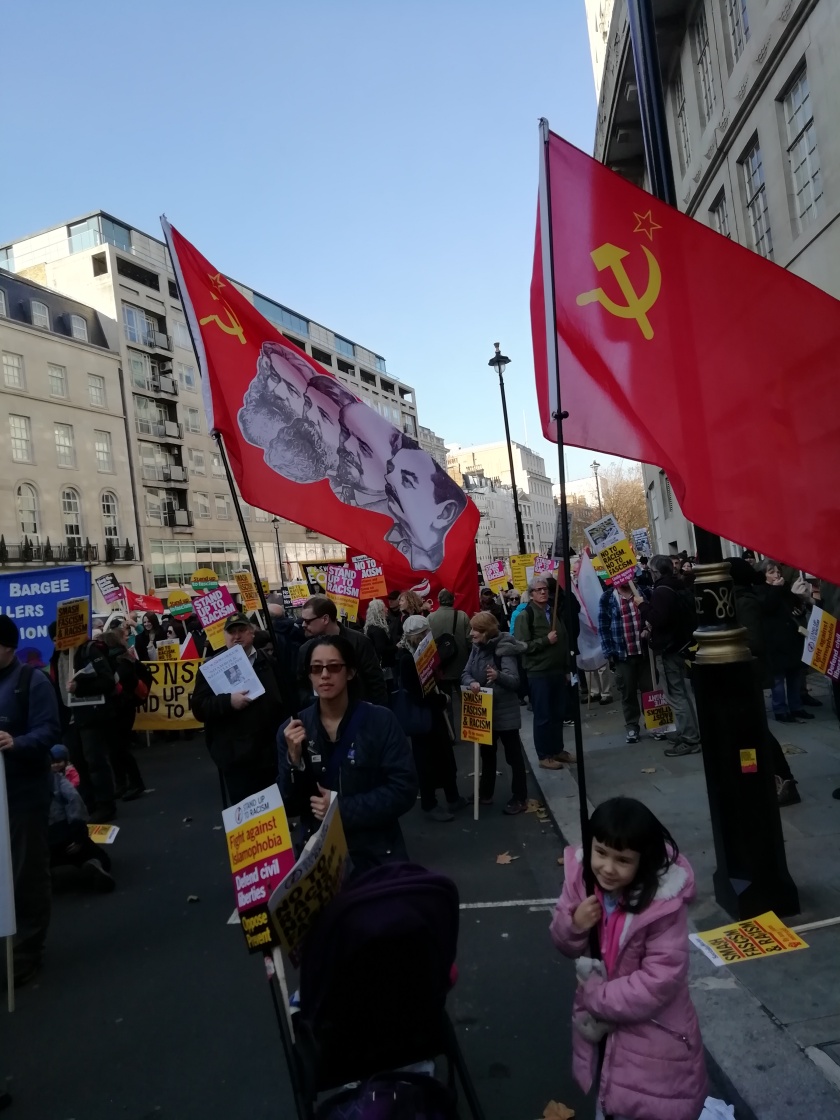 Although we have participated in numerous anti-racist and anti-fascist marches in London over the years, we are not taking part in the UN anti-racist march through london today. Firstly, the UN is a racist institution pursuing capitalist ends, whilst pursuing the hypocrisy of bourgeois morality, and secondly the infiltration of anti-Chinese racism on the left – including within Communism, the Labour Party, the Trade Unions and other institutions – has quite frankly gone beyond a joke! Racism in the UK is not new, but with the British Government supporting neo-Nazism in the Ukraine, and the Nazification of Eastern Europe in general, (inviting fascist members of these nations to the UK as ‘honoured guests’ entitled to housing, free education and employment), things on the ground have gotten both tiresome and dangerous on the streets. The denial of racism on the left is a main issue – when we record our experiences we are treated as being the problem and those expressing the racism on the left are allowed to carry-on with no correction. This is what happens when fascism infiltrates the left!