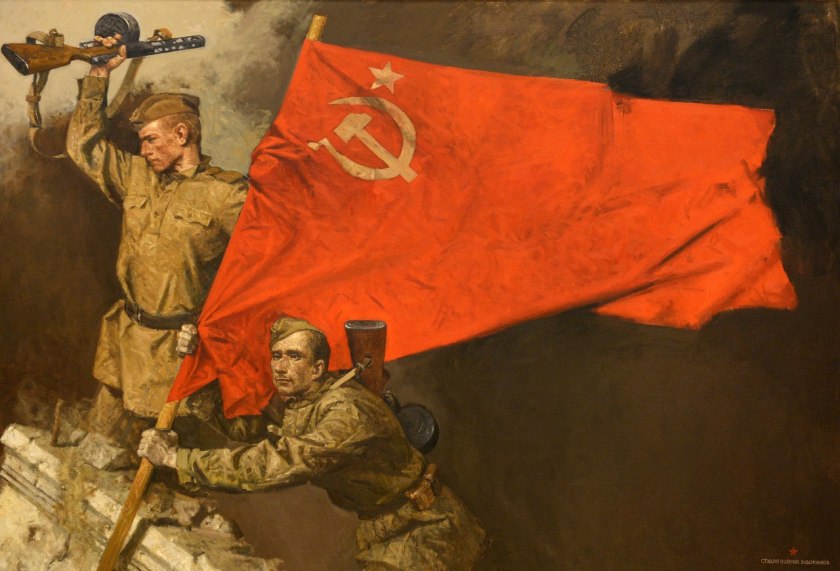 Karl Marx was of the opinion that prior to the establishment of a successful Socialist Revolution, the working class has a right to defend itself with or without arms. This could mean banding together into trade unions, co-operatives or communes, as well as participating in intellectual debate and making the case for the rights of the working class. This type of activity opposes the usual bourgeois oppression, and is generally lawful (depending upon the mood of the controlling Bourgeoisie). However, should the middle class resort to arming the police to breakup lawful demonstrations and assemblies, or deploys the army to break strikes, committing murder and maiming in the process, then Marx was of the opinion that the workers should defend themselves by meeting armed force with armed force, and every moral right to do so. Why should the oppressed workers simply passively wait to be killed at the whim of the bourgeoisie?  Workers are human beings and have a right to live, even though they only want peace and security for themselves and their families. I think this position is beyond dispute in its correctness, with even the bourgeois laws of the United Nations state that an oppressed people have a right to fight back against their oppressors.

Socialist Revolutions around the globe have usually involved mass uprisings of oppressed workers and peasants in the face of often brutal oppression by the bourgeoisie. Although neither Russia or China could have been said to have had functioning models of bourgeois democracy at the times of their Revolutionary activity, it is also true that Ho Chi Minh – the great Communist leader of Vietnam – was elected ‘President’ of a united Vietnam in 1946 – gaining 90% of the vote! Of course, the UK and US would not accept the idea that Socialism was popular amongst the working class, and so initiated a ruthless war against Vietnam. In these situations that involve a total war of genocidal destruction perpetuated by the capitalists against the proletariat, then it is obvious that weapons should be wide-spread throughout the populations being attacked. Again, this understanding is beyond dispute.

I once met a person who lived in East Germany prior to the collapse of the Berlin Wall in 1989, and he said that due to the aggression of NATO forces stationed in capitalist West Germany, GDR citizens had to report annually for weapons training as a means to prepare for a NATO invasion of their country. Weapons were distributed amongst the population for training purposes, and then gathered and locked in guarded armouries – they were not allowed to be present within GDR civil society. This was the same situation in the USSR, and is the situation in Communist China today, with only the professional ‘Red Army’ being in permanent possession of weaponry. This is correct as the Red Army personnel are trained in the morality of Marxist-Leninism, and understand their role to be one of ‘protection’ and ‘liberation’, and never one of pointless ‘aggression’ and ‘murder’. It is the Red Army that is tasked after the Revolution, to keep the workers safe. If civil society is to progressively develop through the application of science, then workers as citizens must be ‘free’ of the fear of arbitrary death and maiming from other citizens. Only the Red Army possesses the appropriate morality to carry out this task. This can be seen in the examples of the Socialist Republics of Donetsk and Lugansk, who have mobilised their respective populations to form a ‘new’ Red Army in their correct fight against Maidan neo-Nazism.