According to Xinhua News Agency, on the 8th of March, 2016, the US fried chicken chain known as ‘Kentucky Fried Chicken’ (KFC) opened its first restaurant in Tibet’s capital city of Lhasa. The first KFC store in Tibet is located on the first floor of Times Square, the most densely populated area in Lhasa. This restaurant covers 500 square meters and is divided onto two floors. Its design is simple and elegant, and contains many Tibetan cultural elements.

Records show that as early as 2004, KFC had plans to open a branch in Tibet, but at that time, the Dalai Lama wrote to KFC and asked them to abandon their plan to open a chain store in Tibet. The reason is that killing chickens is a murdering of animals and few Tibetans eat chicken or fish. The Dalai Lama stated:

Following this declaration, it was subsequently discovered that the Dalai Lama likes to eat beef. However, although people in modern Tibet have very good lives and are free to practice their religions, they are now educated and are not stuck in the past or subject to religious ignorance, bigotry or intolerance. As the ground is very hard and not conducive to growing fruit and vegetables, Tibetans have historically had to eat meat to survive (although it is true that Buddhists have relied upon non-Buddhists to slaughter the animals). Today, Socialist science in Tibet has made immeasurable improvements to the lives of Tibetans, and has revolutionised farming. Although fruit and vegetables can now be grown in Tibet, Tibetans still have a cultural liking for meat-eating, proving once again how the Dalai Lama makes false statements about China and her people. 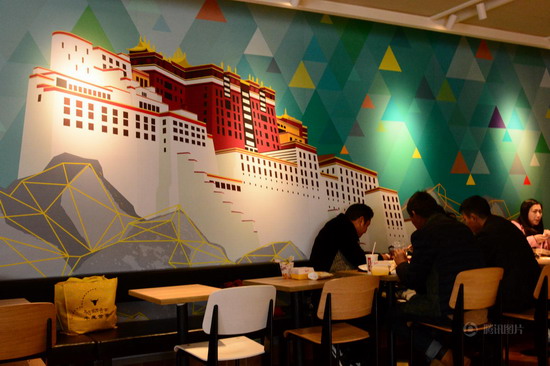 In its report, Radio France International pointed out that at present, there is a huge market potential and a good market environment, and that these are the major reasons why KFC finally decided to enter Tibet. Earlier, according to the annual report of China’s Ministry of Commerce, as at the end of 2014, there were 57 foreign-invested enterprises operating in Tibet. The British BBC Chinese Network on March 9th, asked the question: ‘Why so much media attention about KFC opening a store in Lhasa?’ The BBC stated that KFC hoped to enter Tibet after more than 10 years of hard work, and finally fulfilled its intention on Tuesday. The article further pointed out that more and more foreign companies are now looking forward to providing economic growth in the Tibet region, that will directly benefit the Tibetan people. AFP stated that on Tibetan social media, a Tibetan citizen stated: ‘As a KFC fan, I had a few hours of waiting in a queue to buy ice cream in the store, and I almost cried when I was eating.’ 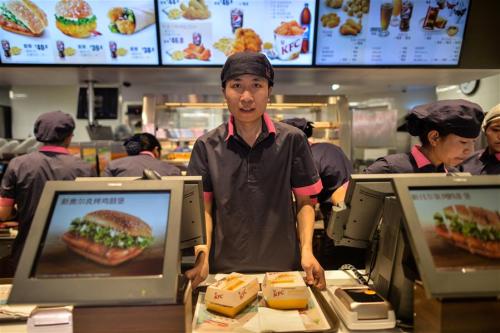 A spokesperson for KFC stated that the KFC store had a very good first day of business with Tibetans visiting usually in family groups. The KFC Corporation has been negotiating and researching for ten years in preparation for opening this store. Although Tibet had a fast food chain previously (Keshi), KFC is the first foreign business to enter the region. Despite the continuous lying of the Dalai Lama, and the economic benefit KFC will bring the Tibetan people, the (imperialist) ‘Free Tibet’ movement based in London, immediately started its false propaganda campaign, attempting to intimidate KFC into closing its branch and leaving China. When this failed, the ‘Free Tibet’ campaign switched tactics and demanded that KFC employ Tibetans – but this foreign group is hopelessly out of touch with the reality of life in Socialist Tibet. KFC will pay the PRC a high rate of tax by law and not by choice. This money will stay in Tibet for the continuous building of its infrastructure. Violation of the Socialist Law of the PRC will result in the expulsion of any foreign business without delay. KFC also  has to employ Tibetans, recognise and support employee’s Unions, pay their staff fairly and promote Tibetan people when required.