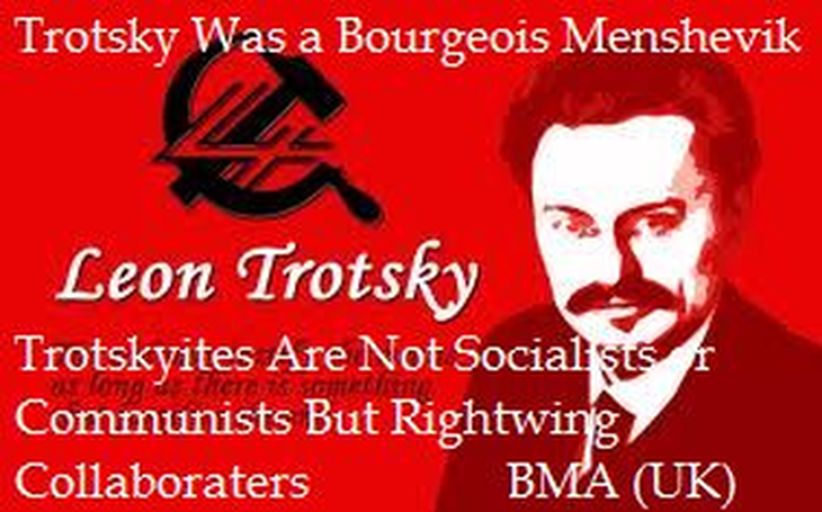 he latest Trotskyite disinformation offensive is that both Russia and China are ‘imperialistic’ powers. As Trotskyites are bourgeois deceivers, interpreting reality through an ‘inverted’ mind-set, obviously their assertion presents reality back to front, and the wrong way around. This is to keep the working class confused and unable to unite around true Scientific Socialism. In reality, it is Russia and China that are both victims of Western capitalist imperialism, i.e. anti-Slavic and anti-Chinese racism. Although Russia is capitalist today, it has an ingrained Socialist past and its Communist Party has around one-third of the seats in the Russian Parliament. The US fears a Communist Party in Russia democratically elected into government and would prefer Russia to be annexed by the EU. As for China, despite the racism aimed against all Chinese people around the world, and the official US disinformation that states China is ‘capitalist’ – this is wrong. China is a Communist State from the base-up, which has modernised and is in the early stages of building Socialism (with Chinese characteristics). China uses ‘Socialist’ market forces to build wealth for the nation. These changes came about during the Sino-Soviet Split (1956-1991) – whereby Khrushchev denounced Stalin and Mao Zedong disagreed, referring to Khrushchev’s utterances as ‘revisionism’. Khrushchev, in retaliation for China not agreeing with his denunciation of Stalin, Khrushchev cut-off all economic and military aid to China – leaving it an impoverished position. Deng Xiaoping orchestrated the economic reforms as a means to ‘earn’ back the wealth stolen from China by the West during imperial times. Trotskyites always misrepresenting China’s history with a blatant disregard for the facts.