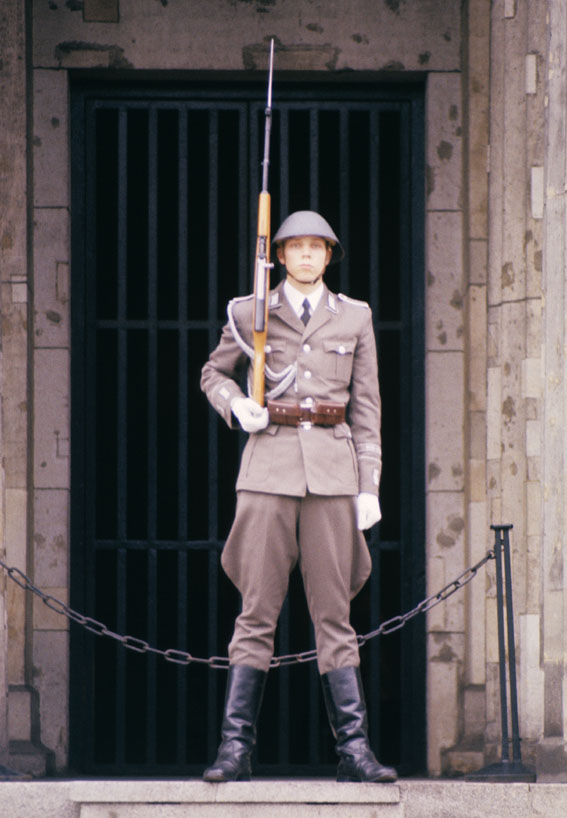 The ‘Neue Wache’ (or ‘New Guard-House’) was opened in 1818 as a building to house elite German troops. However, during the Battle for Berlin (in 1945), this structure was heavily damaged by artillery fire during the fighting between Soviet troops and Nazi German forces. From 1957, the East German Communist Authorities re-built the Neue Wache – where it was reopened in 1960 and dedicated as a ‘Memorial to the Victims of Fascism and Militarism’. This was to commemorate the death of around 40 million Soviet citizens and military personal, and the 11 million victims who died in the Nazi German Concentration Camps (as well as the countless others who lost their lives in the battle against the forces of International Fascism). Under the paved floor inside the building, the body of an unknown Soviet soldier – together with a body of an unknown Concentration Camp victim – were respectfully laid to rest, with a rectangular glass prism placed over the graves, that contained an ‘Eternal Flame’ of remembrance. This monument was continuously guarded by soldiers of the Friedrich Engels Guard Regiment.

After the collapse of the Soviet Union in 1991, and the re-unification of Germany through a US-led predatory capitalist model – this monument was conceptually and physically destroyed through bourgeois reformation. In 1993, the leader of West Germany – Helmut Kohl – demanded that the glass prism (and eternal frame) be removed and replaced by a hideous modern art piece. As Helmut Kohl was a rightwing capitalist and stooge of the Americans, he had the purpose of the monument changed to represent the ‘Victims of War and Dictatorship’ – rather disgustingly extending this definition to include not only Nazi German – but also the Soviet Union! Of course, this is a typical rightwing distortion prevalent in the capitalist West, where the victims of Nazism are deliberately conflated with the Nazi German perpetuators of the holocaust. This ludicrous piece of ‘inverted’ bourgeois mentality suggests that those innocents murdered by the Nazi Germans in the USSR where as ‘bad’ as those doing the killing! The point to remember here, is that the GDR Authorities did a very good job using Socialist education to eradicate Nazism from the German mind-set in a relatively short space of time. German people – particularly the youth – learned very quickly the difference between fascism and Communism – and were able to understand the enormity of the Nazi German holocaust and its maniacal militarism. 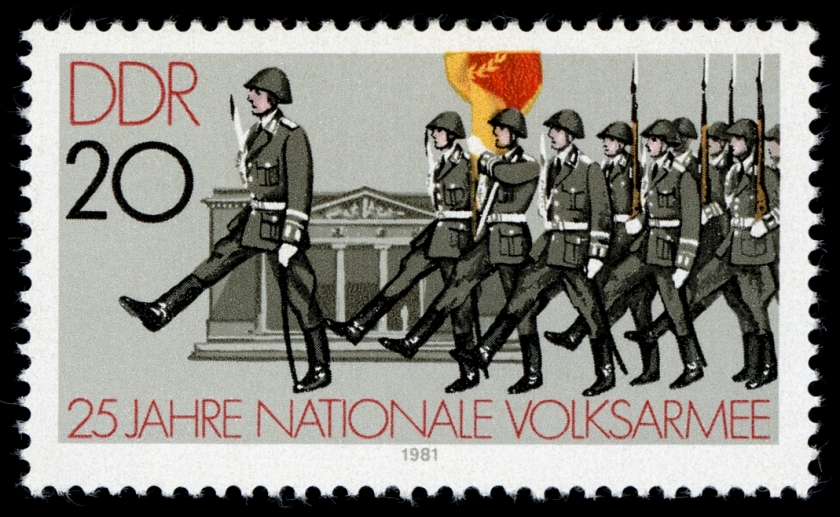 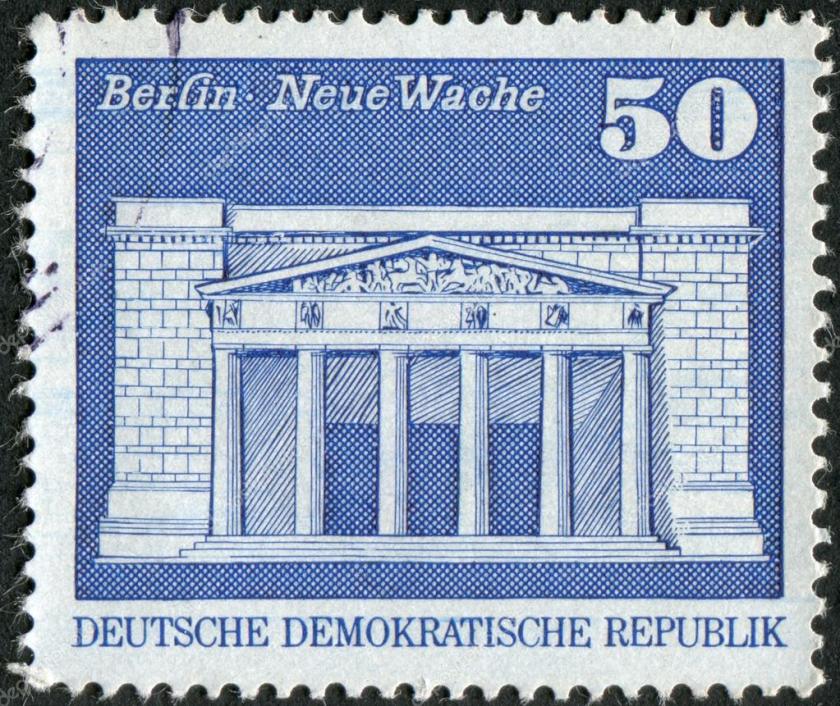 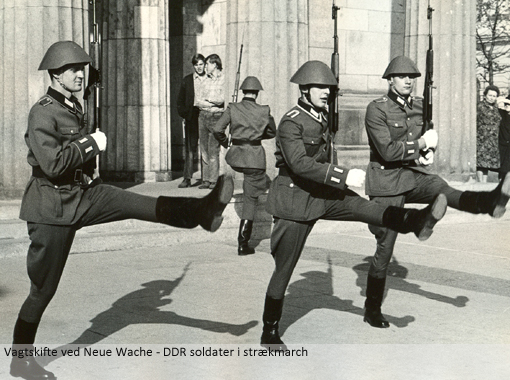 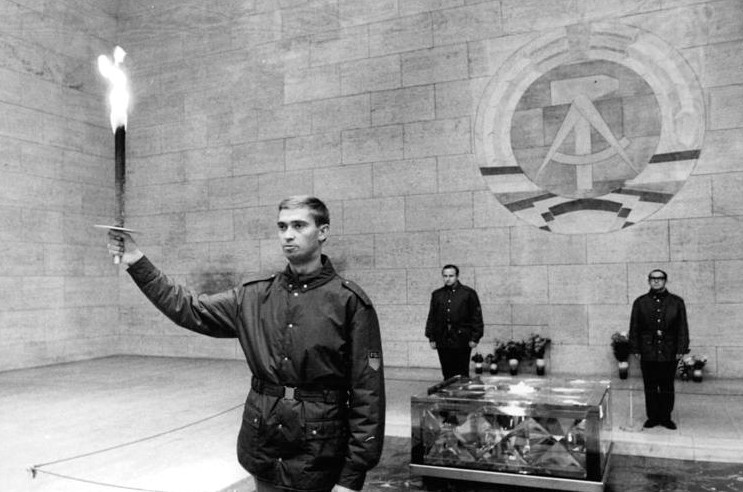