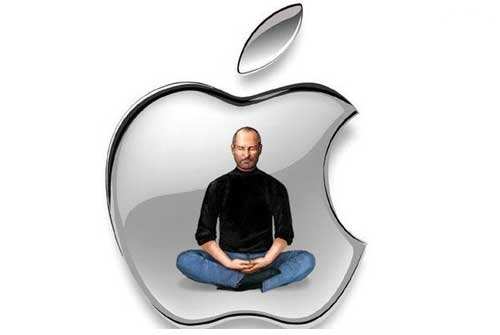 My attention was recently drawn to the antics of the Apple Corporation in China. Initially, I thought the stories might be part of the usual racially motivated anti-China stance pursued by the US (and its European allies), but after consulting Chinese language sources, I was informed that Apple has been behaving illegally in China over recent years, and that this behaviour stems from the religiously inspired fanaticism of its founder – Steve Jobs. Steve Jobs likened himself to something akin to a technologically advanced spiritual guru, who possessed the power to bring order to the world, and manipulate existence. Of course, despite being a leading light in the science of technological development, he simultaneously operated from a typically inverted mind-set typical of the bourgeois system. This created the bizarre situation where all the despotism of the medieval church was reborn within the hierarchy of a modern, capitalist trans-national-corporation. Steve jobs believed that his successful business was a contemporary religion, with each Apple Shop being a branch temple, peddling advanced technology to an adoring population wrapped in a religious fervour. This has been particularly disturbing in Communist China – which has strict laws protecting the rights of the workers. However, so appalling has been Apple’s treatment of its Chinese employees, that on occasion, some of those employees have committed suicide. Subsequent investigations has revealed that Apple has been illegally running slave-like factories in China, treating its Chinese workforce without the slightest concern for their well-being. This has included 12 to 16 hour shifts with no food or toilet breaks, operating machinery with no training, the sexual harassment of women, and the employing of children as young as 14 years old. Apple has kept control over its Chinese workforce by threatening arbitrary sackings, or even legal action against those who complain in anyway. Apple is an American firm not applying the US notion of Human Rights to its Chinese workforce. The Chinese government has found Apple guilty time and again of legal violations – and Apple has even admitted these illegal working practises – but its management does not care. Apple simply pays the fines, moves around its managers, and nothing much improves. Apple simply threatens pulling all its business out of China – but the problem Apple has is that its Chinese workforce, even if it were paid properly, would still be much cheaper than anywhere else in the world. On the practical side, China continues to control US commerce to a degree by attracting these businesses – and even has access to the technology – although China has far better technology in the pipe-line. In the old days Apple would not have been allowed in China, and if allowed, promptly thrown-out – but times have moved on. China must encourage reform within Apple before any direct sanctions are applied. If this process does not work, then of course, direct action must be taken, and it must be swift. Perhaps the head of Apple China should be arrested, charged with the murder of Chinese workers, and publically executed. In the meantime, the US government attempts to use its Apple branches in China to destabilise Communist China through corruption. Although it is always (and only) the US management of the Apple branches in China that deliberately act illegally, the Western media narrative always (falsely) implies that it is the Communist government of China that lies behind Apple’s corruption. Always bear this fact in mind when viewing bourgeois news outlets.