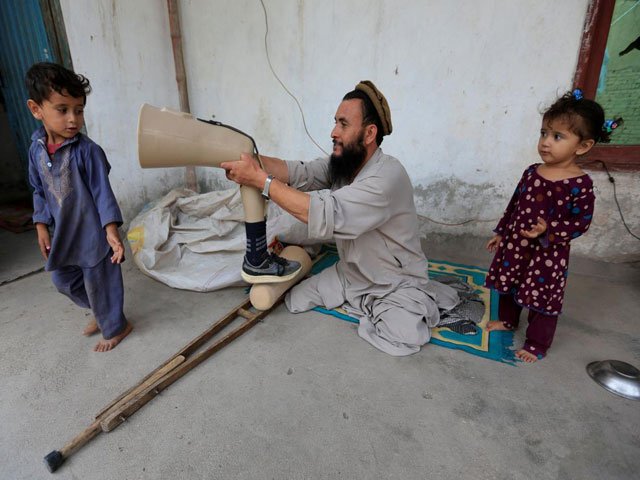 A spokesperson representing the 10-member squad of the Taliban Paralympic team has made the shocking admission that according to ‘Sharia Law’ – a number of Afghan citizens have their arms and legs ‘hacked-off’ just prior to boarding their Tokyo-bound flight from the now infamous Kabul Airport! Wading through the bodies already littering the runway – the aeroplane carrying the Taliban Paralympic Team was waved and cheered by a few hundred supporters who kept an eye-out for random US drone strikes! Keen to participate in the Paralympics for the first time, a number of hardened Taliban warriors volunteered for their limbs to be cut-off to prove how serious their claim is to want to participate in the activities of the broader world community!

As disability rights are in their infancy in this surprisingly ‘new’ Caliphate – it was decided that building upward from the foundation would be the most logical start. Before ‘special rights’ can be granted to disabled people – Afghanistan first requires a recognised population of disabled people! At the present time, decades of intense warfare have tended to keep the population of the country quite low and relatively fit and strong (with the ill and the injured dying-off due to lack of modern medicine and the occasional sectarian massacre), but now that peace is beginning to assert itself yet again – it is thought that a vibrant disabled population will soon develop throughout Afghanistan and be taking on the world at the Paralympics!