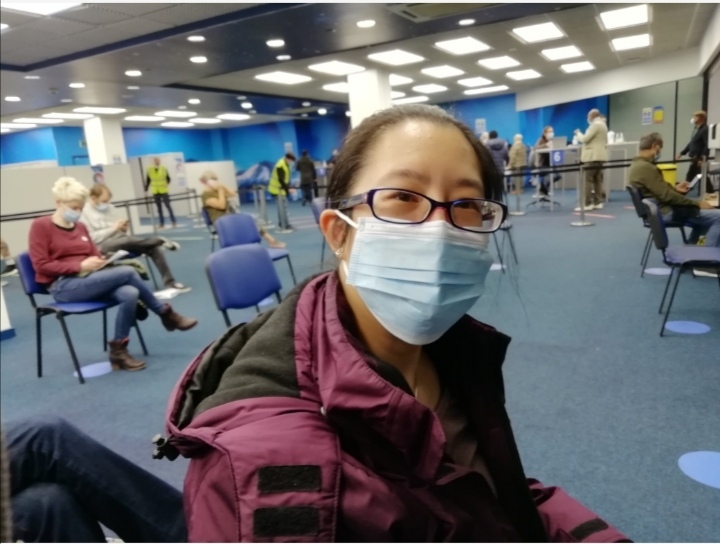 When China announced to the world that a ‘strange’, ‘new’ and potentially ‘dangerous’ flu-like disease had been identified in the ‘Wuhan’ area – the Western media (egged on by their respective Western governments) treated this ‘warning’ as something of a ‘joke’ – not really caring just as long as ethnic Chinese people remained its only victims! President Trump went so far as to ‘deny’ that China had issued any warning – stating instead that this disease ‘Christened by him the ‘China Virus’ – was a deliberate attempt by the Communist Party of China to bring-down the capitalist system of the West! When the World Health Organisation (WHO) ridiculed Trump and denied his assertions – Trump cut all US funding!

I was present on the Oxford University social media page over a year ago – and was reading a conversation between key-researchers and various other experts regarding the possibility of Oxford University developing from scratch an entirely ‘new’ anti-Covid19 vaccination! We all wished these intrepid researchers well and asked them to ‘save humanity’! Although we could not choose the type of vaccination we were given (free) by the Socialist NHS – it just so happened that on the day me and Gee were booked-in for our injection it was the Oxford ‘AstraZeneca’ version that was being given out! Although all of my family living in Devon have now received their first injection (of two) me and Gee were the last. I did not want to be injected before my mother received hers – which only happened last week due to an error in administration despite her being in her 70s! I got my injection because of my age (over 50-years old) and Gee ‘waited’ to get hers as a frontline NHS worker (which she could get at any time) – so that we could go together!

As everyone receives a precise ‘time’ there is no long queues to negotiate. The Vaccination Points are equipped beforehand with enough staff and, equipment and injections to smoothly deal with everyone scheduled for the vaccination. The first port of call is giving the ‘Appointment Number’ to the staff at reception (which is recorded on a list by hand). Then we were asked to wash the hands and throwaway the masks we were wearing. We were also asked whether we had experienced any Covid19 symptoms in the last week. The NHS then provides you with a new mask (carefully handed across). There then follows a short interview requiring your name, address, date of birth and health background. We were also asked whether either of us is a ‘key worker’ or member of the NHS, etc. As a couple, we were asked if we wanted to have the injection given at two separate vaccination stations – or ‘share’ the same single station (and staff member). We ended-up getting are injections simultaneously due to the available facilities. We were then given a stick-on badge confirming the vaccination and a bundle of leaflets regarding the Oxford vaccination and a NHS Appointment Card confirming the ‘first’ injection. Our next appointment has already been confirmed on the 16.6.2021 (also at 12:50pm). We were told to expect ‘side-effects’ in around twelve-hours time!

This experience was like stepping-out of a time-machine into the pre-Thatcher NHS where NHS staff existed to ‘help’ and ‘encourage’ you to get the treatment you needed to experience a better quality of life! Nowadays, the default position adopted by the (privatising) NHS is that everyone is a ‘time-waster’ who should be ‘prevented’ from accessing the rudimentary NHS treatments that are left! This is because although Thatcher (illegally) switched the emphasis of the NHS from ‘need’ to ‘cost’ – in 2012 the Tories and LibDems brought in legislation designed to ‘privatisation’ the NHS and prepare the British public for a US-style insurance-led health service that exists to serve the rich! Jeremy Corbyn tried to pre

vent this as Labour Leader – but the traditional Labour support in the North turned to the Tories instead of choosing to save the NHS! As the rich are threatened by Covid19 – they are allowing the ordinary people of the UK to have a ‘glimpse’ of what it is like to have a ‘compassionate’ National Health Service (NHS).