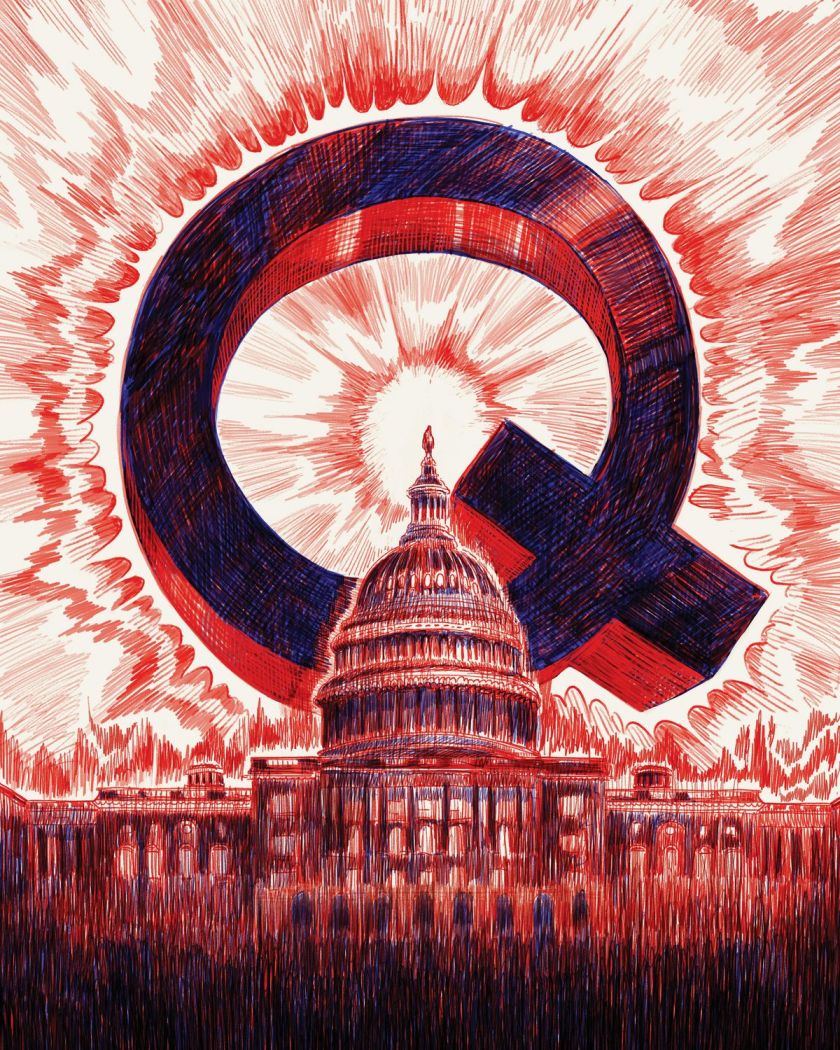 A dossier discovered in the White House after Trump had left the Oval Office – states that ‘QAnon’ actually stands for ‘Queer and Non-Binary’ interaction and swift fury! This was a late 1960s far-right movement geared toward the acknowledgement of just how prevalent ‘gayness’ is in the neo-Nazi movement – and how ridiculous Hitler’s arguments were toward the gay population of the world! Somehow, the anti-intellectual element that runs through the centre of US society has taken on a life of its own. Queer and Non-Binary (QAnon) has been kidnapped by the far-right and has been inverted to conform with the usual gay-bashing rhetoric of goose-stepping Morons! The denial of the relevance of gayness throughout modern society is typical of the neo-Nazis who have always reacted to their own obvious ‘gayness’ through completely denying the very gay nature of their attire, and homo-erotic totalitarianism, etc. Just as the gay Nazis march through the Brandenburg Gate – this has come down to use as ‘Pizza Gate’ and now somehow involve Hillary Clinton (who wanted to bomb Syria for Israel! When I contacted Pink News about this – an outraged Editor (a transitioning transgender man into a woman) informed that I was a typical ‘straight’ male using the gay community to make money! I assured her that this was nothing of the kind – and that Pink News should get behind this new interpretation of ‘QAnon’ and use it against the neo-Nazi community that uses it for an entirely different (and homophobic) purpose!