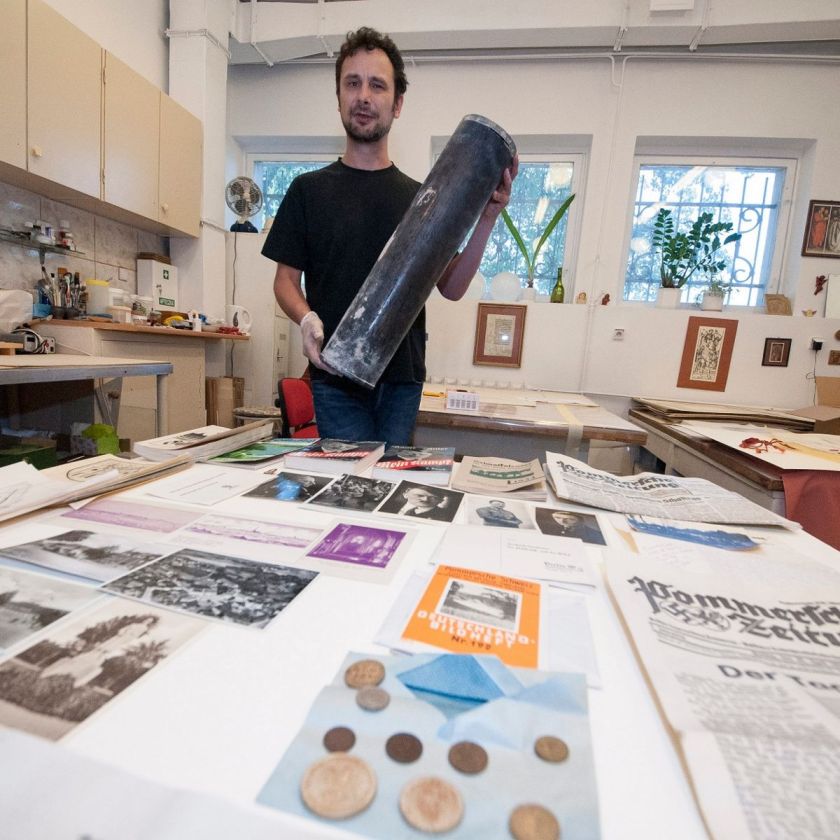 What Can We Learn From a Nazi Time Capsule?

Contemporary Poland eulogises the Nazi German partition and brutal occupation that occurred between 1939-1945 – an occupation that quite literally ended in the Hitlerite death of millions! Poland today – like many Eastern European countries – embraces the very neo-Nazism which espouses the hate-filled ideology that nearly extinguished the Polish ethnicity in a vicious racist vendetta. Interestingly, Poland was a fascist State in the 1930s when Britain, France and even the Soviet Union was asked to ‘defend’ it from any possible attack from its ally – Nazi Germany. Historical points to remember about Poland are:

1) Poland had pursued a fascist agenda since 1930 – primarily inspired by Mussolini.

2) The Polish government ‘celebrated’ Adolf Hitler’s coming to power in 1933 and immediately made this politically clear.

4) Hitler’s Propaganda Minister – Joseph Goebbels – visited fascist Poland during early June, 1934 – to deliver a lecture explaining how Poland could further align its domestic and foreign policies with those of Nazi Germany. Goebbels was greeted with great courtesy and his explanation of racial politics, the necessity of genocide and the forced acquisition of ‘living space’ was enthusiastically embraced by the packed-out audience!

5) Following Goebbels visit to Poland – the Polish government authorises ordered the immediate construction and opening of the Bereza Concentration Camp on June 17th, 1934, situated in East Poland. This camp was to ‘process’ anyone deemed by the Polish fascist regime to be ‘politically’ undesirable. It only stopped functioning with the Soviet annexation of East Poland in 1939. This makes the Polish-run Bereza Concentration Camp to be the ‘first’ liberated by the Soviet Red Army during WWII. Winston Churchill refused to accept that fascist Poland had been operated a Death Camp – and referred to the Soviet reports as ‘Communist propaganda’.

6) The fascist Polish Army joined the Nazi German in its ‘illegal’ invasion of Czechoslovakia in 1938 on the grounds that a certain proportion of the Czech population was ethnic Polish.

8) During the 1939 Nazi Germany invasion of West Poland – a number of Polish military formations either stood aside or overtly ‘welcomed’ the Hitlerite troops! Despite Western propaganda to the opposite – many Poles openly collaborated with the Nazi German invasion.

9) Polish prisoners in Nazi German Concentration Camps were often ‘privileged’ and occupied posts assisting the mass-killing of the Jews (and other condemned people).

The right-wing Polish government was advised by Britain and France that a British Expeditionary Force (BEF) landed France could not fight its way through Nazi Germany and come to Poland’s military aid in a short-time – and that the Polish would have to ‘invite’ the much closer Soviet Red Army to enter Polish territory and assist in any required defence. Of course, the fascist Polish refused this suggestion out of hand. Hitler ‘betrayed’ his Polish allies in 1939 when his armies invaded the country and occupied West Poland. As matters transpired, the Soviet Red Army came to the aid of the Poles by annexing East Poland – which was historically an integral part of West Russia.

The Nazi German time-capsule in question was buried in 1934 in the ‘Złocieniec’ area – what is today a part of North-Western Poland (situated 477 km northwest of Warsaw). At the time of its burial this area was part of Northeast Nazi Germany – known more often as ‘Prussia’. The Polish government has over-seen the retrieval of this time-capsule, the contents of which will now go on display in a local museum. This includes copies of Mein Kampf, newspapers from the time and photographs of Adolf Hitler. I suspect that the neo-Nazi government of Poland has been ideologically motivated to recover this time-capsule to add what it considers to be historical credibility to its assumption that the forces of Nazi Germany – and the influence of Adolf Hitler – was as much a ‘Polish’ phenomenon as it was a ‘German’ one. Of course, although the Poland of the 1930s was undoubtedly ‘fascist’, this does not necessarily equate to Hitler perceiving Poland as an ‘equal’. Indeed, the fact he wanted the ethnic Poles ‘cleansed’ from their land (as he viewed the area as being historically part of Germany) – only confirms this view. The ideology of fascism is seldom ‘logical’.