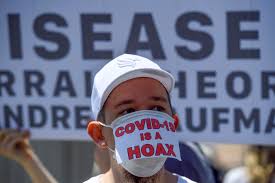 I appreciated the manner in which you dismissed modernity whilst describing (very accurately) the design and construction materials of a Smart Watch! That must be the Physicist in you and the efficiency of intellectual movement it inspires! Priti Patel has dared to emerge from the Tory swamp – yet again reducing people of colour to their circumstance – when she knows full well that ‘there but for the grace of God – go I’! And then there are the so-called ‘monoliths’ springing up everywhere – which I am reliably told are tributes to John Holmes – and nothing to do with space, time or intergalactic travel! The Net has allowed the collective stupidity of the US to break free of the geographical boundaries that once contained it – and kept the rest of the world relatively safe! Of course, we have our own homegrown stupidity to contend with in the form of the rightwing press – which reports everything like an episode of ‘Mind Your Language’! Canada wants to release the Huawei executive they have been illegally detaining for the outgoing Donald Trump – as this stupid country doesn’t want the fallout of detaining a Chinese woman for no reason when Trump’s protection disappears into the mist. Crimes Against Humanity spring to mind! The anti-vaccas released a picture of a person lying in a hospital bed bandaged from head to foot after taking the Covid19 vaccination with a caption which reads ‘This is what the injection did to me – but at least I won’t get Covid19!’ Pierce Corbyn (the brother of Jeremy) has been leading the anti-maskers and anti-vaxxers on the streets of London chanting ‘Down with the NHS!’ This has led to NHS Staff being attacked by the public – being blamed for lockdown, mask-wearing and the need for vaccinations. Gee was under threat before for being Chinese – now there is all this added danger. She hasn’t used public transport in London since all this started due to the enhanced danger. Due to the political pressure generated by this anti-NHS rhetoric – the Tory government has removed NHS Staff from receiving the vaccinations first – declaring them ‘undeserving’.