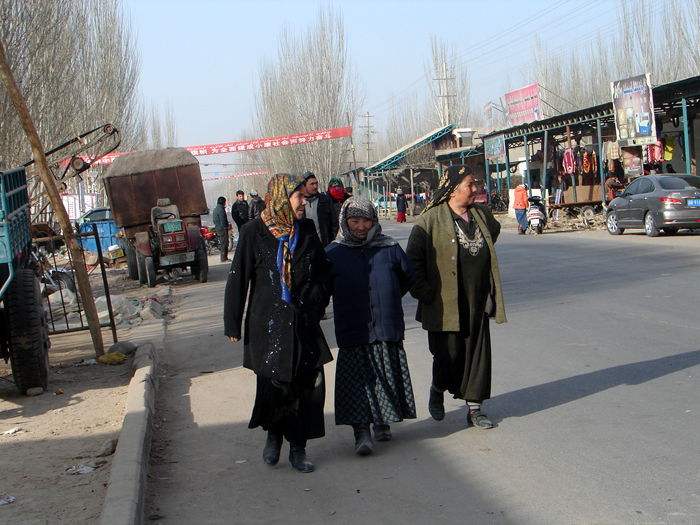 The British Labour Party is functioning at a lower ebb than at any other time in its history. Although once premised upon Utopian Socialist principles, its bourgeois leadership soon rejected the Scientific Socialism of Marxist-Leninism and refused to affiliate with the Communist Party (indeed, ‘Communists’ are ‘banned’ from joining the Labour Party to this day). The British Labour Party not only panders to White, middle-class sentiment, prejudice and class-interest, but has been thoroughly compromised over the years through the infiltration of ‘Trotskyism’. Racism is a very real problem in the Labour Party, but not just anti-Semitism (which is probably the least represented ‘racism’ within the Party due to its Jewish membership). Anti-Black, Asian and Chinese racism is prevalent amongst the White membership of the Labour Party to be almost ‘normal’ – whilst the Party Leadership make much out of a tradition that has, to varying degrees, ‘resisted’ this type of racism in the past, although not for many years. Ever since the rule of Tony Blair – racism in the Labour Party has ‘mainstreamed’ to the extent that such ignorance is now considered a legitimate ‘point of view’ and its unhindered expression an important aspect of ‘freedom of speech’.

Of course, racist attitudes and prejudices are also held not only between the White and non-White communities – but also exist between the various non-White ethnic groups. Much of this is a ‘mimicry’ and ‘internalisation’ of White racist viewpoints that are then turned-on others of ‘colour’ in a type of ‘power-play’ that seeks to control others through demeaning and bullying behaviours. Diane Abbott recently attended a meeting of a Chinese pressure group working toward exposing and dismissing White racist narratives formulated in the Western media (and various self-appointed ‘Human Rights’ groups in the West), that use their influence to attack and demean Chinese culture whilst attempting to support US-style predatory capitalism at the expense of Chinese Socialism. This ‘Cold War’ narrative is entirely premised upon imperialist ‘racist’ attitudes that were perpetuated and developed during the colonial times – which saw the Western occupying powers try to ‘carve-up’ China as they had done to Africa.

As a Black woman who has suffered at the hands of White racism in the UK – Labour MP Diane Abbott should know better than to take the side of that Eurocentric racism – whilst issuing a ‘public apology’ for momentarily ‘siding’ with Chinese and Western activists attempting to expose the prolific and damaging anti-China racism which Chinese people have to live with every day of their lives in the West! By siding with Western racism, Diane Abbott has caused a fatal damage to her own reputation as a progressive ‘Black’ MP who claims to fight for the rights of ethnic minorities. As Diane Abbott has decided to perpetuate the myth of Uyghur persecution in China, she must now take responsibility for the next wave of anti-China (racist) violence that will inevitably erupt in the UK after her terrible betrayal!

As Diane Abbott has now sided with the forces of ‘White racism’, she can no longer be trusted to represent the anti-racist cause and we call upon all Chinee people in the UK to ‘boycott’ Diane Abbot in local and national elections – and to work to raise awareness of the ‘anti-Chinese’ racist attitudes she has proven to hold. Now that Diane Abbott has openly sided with White racism – the White Establishment will now seek to reward her loyalty in some appropriate manner. Unfortunately, Diane Abbot’s example of betrayal is poignant in that it exposes the anti-China racism that a number of the Black community has expressed over the years. The ‘Internationalist’ position of the Communist Party of China is clear – we must all work together to overthrow the predatory capitalist system and initiate a world-wide Revolution that sees the working-class seize the means of production. Racism is a poison perpetuated by the White bourgeoisie which we must thoroughly reject at all levels and in every way!