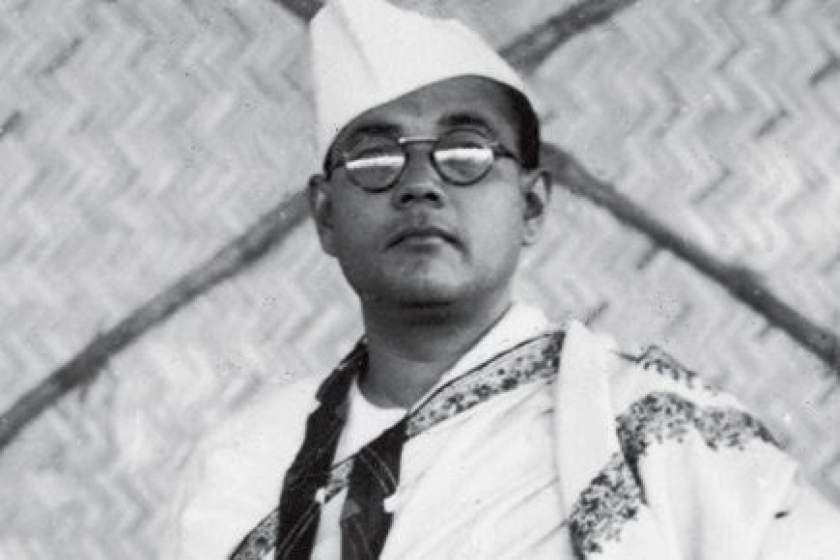 A friend of mine from Singapore gave me a book of Chandra Bose’s speeches translated into English. This had belonged to her father (a Chinese man and key activist with Lee Kuan Yew during the establishing of Singaporean independence). Bose was a fascist and a Nazi who sent a message of sympathy and sorrow to the German people upon hearing about the death of Hitler, and who lamented the defeat of Nazi Germany and the victory of the USSR! Bose urged Asia to support fascist imperial Japan after Hitler’s defeat! Chandra Bose was an Indian racist very much in the mould of the European colonialists he sought to replace. This article perpetuates two rightwing (politically illiterate) myths straight out of BJP fascism: namely that of Gandhi and Bose ‘freeing India’. Neither ‘freed India’ as too many Indians collaborated with the British for a single Indian to achieve this (a fact the Indian Nationalists have problems admitting). India was ‘freed’ by a left-leaning British Labour Party (elected in 1945 in the UK) that wanted to divert the money used to support a colony that nolonger economically benefitted the UK and direct that substantial sum into funding the Welfare State and NHS which was founded in 1948!

It was British Socialism that freed India and not the Hindu Nationalism of Gandhi or the pan-Asian fascism of Chandra Bose! India can do better than writing, reading abd believing these kind of fascist supporting articles that perpetuate pseudo history. Chandra Bose died in a plane crash whilst militarily assisting the Japanese who had murdered millions of people throughout Asia in pursuance of their particular fascist dream of racial purity (including many thousands of Indians who refused to support Japanese fascism). Gandhi is a religious myth perpetuated by the Western (and Indian) bourgeoisie (premised upon the falsehood that theology freed India), whilst Chandra Bose was the product of Western (and Asian) fascism.

Both Gandhi and Bose ‘rejected’ Scientific Socialism and either ignored or openly opposed the USSR (Gandhi pretended it did not exist). Both Gandhi and Bose would be at home in the current BJP fascist Government running the country, whose rightwing ideologues lay behind these type of newspaper articles that encourage the support of fascism in Asia and the spreading of hatred throughout India, all held together by political ignorance! This is nothing but the continuance of the dominance of fascistic Western ideas in India which the Indian people must a) recognise and b) actively ‘through off’!