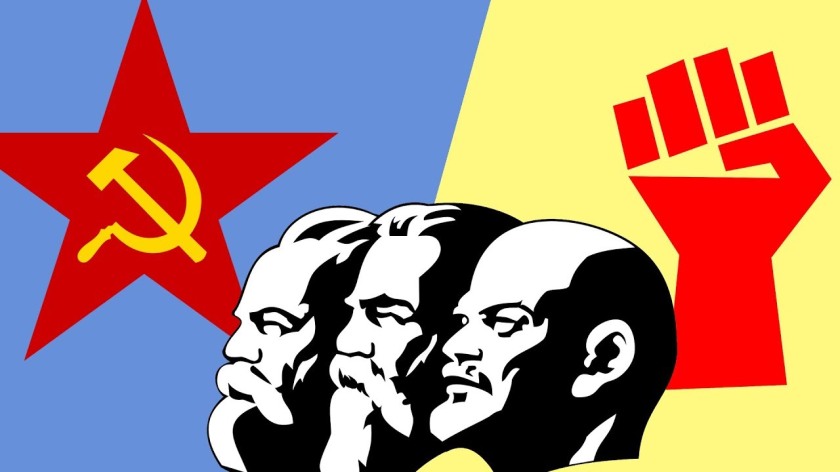 The Communist Party is the only (proletariat) democratic vehicle that is designed to fight for the collective rights of the working class. There are bourgeois equivalents of cause, such as the British Labour Party, but none of these are exclusively dedicated to a) the evolution of the working class, b) the rejecting of capitalism in its entirety, and c) bringing the working class to power through gaining control of the means of production. Yes, the (liberal) democratic process is existentially important, but as (liberal) democracy (or the ‘dictatorship of the bourgeoisie’), is the hand-maiden of the predatory capitalist system, outcomes are always uncertain, unstable and prone to political reverse. How can the workers acquire the means of production in a five-year period, and retain this gain if a rightwing Conservative or Liberal Democratic Party is continuously voted into office? On the over hand, small but important changes made here and there could possibly serve as a foundation for Revolutionary change, but as a historical process, this is yet to be seen.  The point is that all options must be kept open from a dialectical perspective, as epochs of history can come and go in a matter of hours or days. The petty-bourgeois and the bourgeoisie will always be attracted to Revolution on the one hand, whilst rejecting it on the other. They will be both be important allies of the workers, and deadly enemies. This is a matter that should be understood, but never feared. What is absolutely certain is that the Communist Party is the historical, dialectical and intellectual depository of the entire international working class. Yes, it has its committees, groups, advisory panels, districts and branches, etc, but ultimately it contains the sum total of ALL the evolutionary powers (both latent and active) in the minds and bodies of the workers. Pay no attention to pseudo-history. The capitalists (and their allies) will try their utmost to besmirch the Communist Party – but take nothing on faith and do your own research. Simply apply the academic method (i.e. the ‘no hypothesis’) and assess all the negative propaganda. Seek-out reliable historical (and academic) sources, and do your own research. This is not an easy task, as the capitalist (bourgeois) anti-Communist narrative is established as mainstream dogma, but it is a task that will deliver dividends through hard work. Use your labour (of mind and body) to seek-out the dialectical truth of historical materialism. History demands that we seek-out the truth from its opposite, namely the lies generated by capitalist greed.