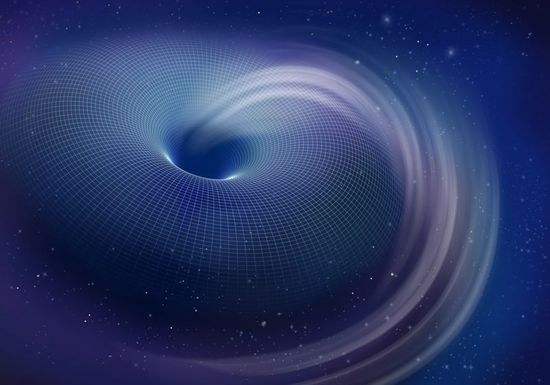 The work of Albert Einstein relativity theory states that it is impossible to travel faster than the speed of light. Light travels at 186,000 miles per second, or 6 trillion miles per hour. This seems impressive, but in cosmic terms it is very slow. The ‘light horizon’ is the furthest humanity can see at the moment, through its technology – and this has observed the beginning of the universe( which occurred around 13.8 billion years ago). This is the length of time – i.e. 13.8 billion years – that light energy has taken to reach the earth today. In reality, when scientists look at the universe at this point in its early existence, they are looking back in time. There may well be something beyond or behind this event (i.e. the ‘big bang’), but human science is not yet able to see beyond the ‘light horizon’. In other words, the science of light detection, although pivotal to human understanding, curently serves as a barrier to further knowledge of the universe. However, what has been seen at the edges of the universe, is the curious phenomenon of space appearing to expand (or stretch) ‘faster’ than the speed of light. This observation has led to the theoretical idea that it might be possible to traverse vast distances not by travelling at light speed, (or even faster than light speed), but by ‘warping’ time and space. A simple model of this would involve the development of a technology that ‘expands’ space behind a specially designed space-ship – whilst simultaneously ‘contracts’ space in-front of this space-ship. Predictably, NASA has ceased any and all research in this area. Although not literally travelling ‘faster than light’, the vast distances traversed in a very short period of time, could be measured in ‘light years’ – as if travelling faster than light. This method might involve the ‘cutting’ or ‘punching-through’ at a specific point in space – and immediately emerging millions or billions of light years away in another part of the cosmos.