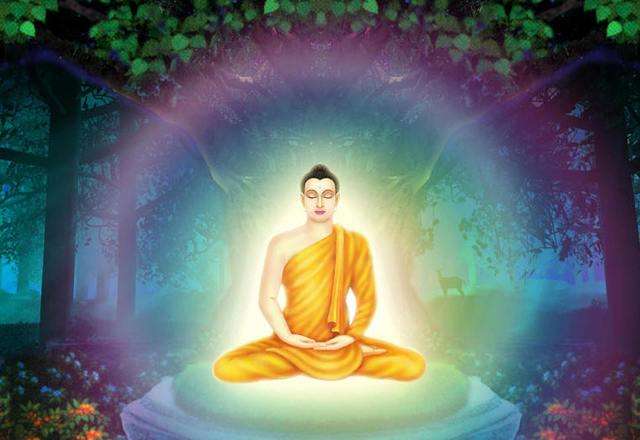 The Buddha’s ideas are very similar in nature to many of those generated by the philosophers of ancient Greece. Like those ancient Greek philosophers, the Buddha used his mind in a very ‘modern’ manner, and developed a logical and rational view of existence. Again, like the ancient Greeks his thinking reflected, the Buddha developed his mode of pristine thought out of the religiosity prevalent during his lifetime. The Buddha’s life dates are uncertain, but he is thought to have lived (by Western scholars) around 2,500 years ago in ancient India, and around 3,000 years ago according to the traditional scholarship preserved within Chinese Buddhism. I have speculated elsewhere, a tentative theory that Emperor Ashoka [304-232 BCE] (and his ministers) may have developed a peaceful and wisdom-loving (secular) philosophical path, that denied the relevancy and reality of an ‘Indian’ militant Brahmanism, an Indian religion that threatened to confront and over-throw Emperor Ashoka’s ‘foreign’ rule. A passive and meditating Buddhism could have been developed by merging certain Brahmanic elements (such as the yoga of meditation), with various aspects of Greek rational thought. A candidate for the Greek input for the Buddha’s mode of thinking could be the system of thought as developed by Epicurus (370-270 BCE). The similarities between the Buddha’s system and that of Epicurus are so obvious and staggering that I am surprised that this link has not been recognised in the past and studied with a greater depth. Of course, playing devil’s advocate, I have suggested that the ancient Greeks influenced ancient Indian thought, and that Emperor Ashoka ‘created’ Buddhism out of an admixture of Indian and Greek traditions. This is purely a speculation on my part, using the rational facility of my mind. It could also be that the Buddha’s mode of modern thinking was developed hundreds of years before a similar manifestation occurred in ancient Greek (spreading to Greece from ancient Indian through trade and cultural exchange). Another theory is that a ‘new’ way of using the human mind was an evolutionary development that spread ‘species-wide’ across many human cultures that had no direct (or indepth) contact with one another. The use of the rational mind (as advocated by the Buddha and ancient Greeks), is essentially a ‘free’ and ‘unhindered’ mode of thought that lies at the basis of modern science when channelled in a certain manner. This means that ‘free-thinking’ requires various modes of constraint to direct its energy into specific forms of creativity – with perhaps art for art’s sake being its most ‘free’ expression, and scientific endeavour being its most structured and disciplined.

Epicurus was taught by Nausiphanes, and their root-master was Democritus. Democritus was a genius who – without access to microscopes (or even advanced mathematics) – used his ‘rational’ mind to determine that existence is comprised of ‘atoms’ that move around through ’empty space’. Today, through the use of advanced technology and mathematics we know that this is scientifically correct. This would suggest that Democritus had an experience no less important than the enlightenment of the Buddha, as it radically redefined humanity’s perception of reality and existence, and yet generally speaking, there are no temples containing statues of Democritus, or people applying a meditative method to replicate his mode of thought. Democritus stated that atoms moved through space in a determinate manner – but Epicurus modified this idea by stating that atoms – although moving in a definite manner through space – also possessed the ability to suddenly ‘deviate’ or ‘swerve’ in a different direction for no apparent reason. This is how Epicurus explained how unusual events happened, whilst things seemed to unfold in similar patterns. Thousands of years later, Epicurus was proven right when Heisenberg produced his ‘Uncertainty Principle’ in 1927. My point here, is to explore how space and matter is perceive within (and by) the human mind. The Buddha and the Greeks said similar things about form and void. Epicurus – like the Buddha – rejected the relevancy of religion. Both seem to suggest that gods might exist in a deluded sense, but do not exist in an ultimate sense (as many people thought). Epicurus stated that even if gods existed, they had no interest in humanity, and after-all, as there are only atoms and space that define existence, the gods themselves must be comprised of atoms just like humans, and probably subject to some-type of ‘death’ or ‘demise’. For Epicurus – who understood that life was comprised of many sufferings and different kinds of pleasure – death is the absolute end of existence for the individual because the body has ceased to function and its atoms fall apart. There is no transmigration to a heaven or a hell, or rebirth into another living form. The Buddha agrees with this, but allows for a certain ‘delusional’ existence where rebirth occurs and physical death is not the end of existence. However, when full enlightenment is attained, then all rebirth (and karmic retribution) comes to an end – and yet the Buddha clearly states time and again the reality is comprised of empty space within which physical reality manifests. In other words, empty space is not ’empty’ in essence, and physical matter does not occur in a ‘dead’ vacuum.

The Buddha and ancient Greeks were able to use their minds to ‘see’ reality in such a way that modern science has confirmed their basic assumptions to be correct. Both Epicurus and the Buddha seem to suggest that this is not just an ‘objective’ understanding, but also the product of a profound subjective experience. It could be that the Buddha and Greek philosophers like Epicurus were able to manifest a rational mind premised upon subjective experiences that had been previously interpreted in a ‘religious’ manner – an approach rejected by ‘rationalists’. The following is a fascinating scientific documentary about empty space – which is not ’empty’: