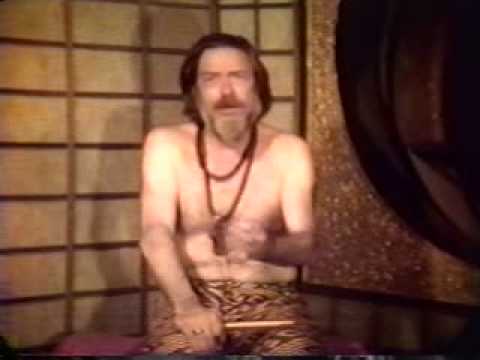 The following video is part of a lecture by Alan Watts. He is discussing and describing the interconnectedness between mind and matter. Of course, different people who hear this lecture, will comprehend its meaning through their current level of understanding, My view is that Alan Watts is acknowledging the existence of a material world standing in opposition to the mind that perceives it – but that this material world is unknown to humanity, if humanity does not possess a mind that can perceive it. Furthermore, mind is not ‘separate’ from the world of matter, but is an integral part of it. This is an evolutionary view of existence (despite its apparent ‘transcendent’ nature), which logically suggests that mind emerges from matter (as a function of the physical brain), although Alan Watts only implies this and does not openly state it. Listen carefully and you will see that this lecture is not only inaccordance with modern science, but is also the description of existence and perception described by the Buddha (particularly found within Early Buddhism), where the Buddha posits a physical world that stands in contrast to the human mind that perceives it – and defines human suffering as being the product of a ‘faulty’ internalised view of this material world. The Buddha rejects any and all attachment (formed in the mind) to this external world (experienced through the senses), and expands upon this position by stating that the idealism expressed as theistic religion is also non-existant (as in the Buddha’s time – as in today – theistic religion is often presented as an ‘answer’ to the suffering of the world). The Buddha states this with certainty because he says that he followed all the meditative paths to their complete end – and discovered that there was no ‘atma’ or Brahmanic ‘soul’ lurking somewhere in the deepest recesses of the mind. When abiding in an enlightened state of mind, karma nolonger exists, rebirth nolonger exists, and a divine (and ‘unseen’) world nolonger exists. The physical body and all social and cultural expressions are also changing, and nothing is impermanent. Assuming things are unchanging is one of the major roots of human suffering for the Buddha. Even the physical world – which the Buddha describes as developing through dependent origination – and which may appear stable for thousands of years, still changes over-time, sometimes tremendously in times of natural calamities. Religion – for the Buddha – is an imagination about something that does not exist in reality. What Alan Watts suggests is that we are left looking at the physical world and the mind that perceives it. The question then becomes not one of realising a divine entity that stands in opposition to matter – but is in fact the ability to ‘see through’ the apparent ‘subject-object’ dichotomy, and rediscover the unity of mind and matter. Alan Watts talks about ‘stilling’ the mind to give the perceiver a break from the mind’s continuous clutter of obscuring thought and feeling. When the mind is ‘still’ its ‘oneness’ with the material universe is clearly reflected. Alan Watts, I suspect, is mixing Western notions of Japanese Zen with modern, Western concepts of science, and he does this very well, but the point he is missing is that from the perspective of Chinese Ch’an, there is a stage of development he does not know about and therefore is missing in his analysis. This reflects two things; 1) the limitation of Japanese Zen, 2) the Western lack of knowledge of Chinese Ch’an. The stage Alan Watts is missing is that both ‘thought’ and ‘stillness’ has an origin in the mind which must be ‘penetrated’ [through hua tou enquiry) for the empty mind ground to be fully realised. It is not simply the case – as Alan Watts suggests – that the mind transitions from ‘movement’ to ‘stillness’. This very much has the ring about it of the distorted ‘Zen’ taught by such people as DT Suzuki both before and after WWII.