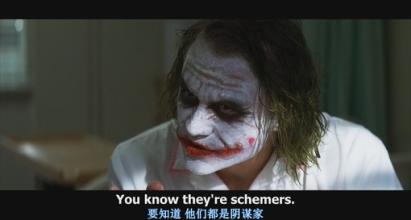 The Bourgeois State manipulates its citizens by brain-washing them into thinking that a specific set of limited (socio-economic) political structures represent a self-evident ‘freedom’ that only a psychopath would question.  This is capitalism in a nutshell.  A small group (or ‘class’) Making monetary profit out of the majority of citizens in a society, is viewed as preferable to the majority of the people ruling themselves in a manner that best serves their own ‘class’ interests.  The bourgeois media keeps this illusion in place by misrepresenting the wage-slave conditions of living under capitalism, and suggesting that life is good, and exploitation correct.  This delusionary message is further enforced by suggesting that any other form of existence would be worse.  Of course, the government communicates with the masses through the media, and it is the task of this media to keep the middle class firmly in power.  ‘Fear’ of change is one of the tried and tested methods through which the media keeps ordinary people in a state of emotional paralysis, and this involves the routine ‘lying’ about events that have happened, and the fabrication of events that have not happened.  Thus real news is manipulated and deformed beyond any recognisable truth, and gaps in knowledge filled-in with fairy-tale-like stories of doom and gloom (or even worse).  To keep the masses ‘dumbed-down’ the bourgeois media must pursue a default rightwing paradigm that is racist and thoroughly reactionary against any form of Socialism or Communism.  The lying about the Soviet Union and Communist China is so much part of the fabric of bourgeois Western culture today, that any attempt to set the record straight in the mainstream media, is viewed as the ‘fabrication’ and ridiculed into non-existence.

Enter the ‘Truthers’.  Although it is entertaining to observe the endless stream of counter-narratives emanating from self-proclaimed seekers of truth, the fact of the matter is that these ‘Truthers’ are inherently ‘rightwing’ in nature, and fully supportive of the bourgeois system they criticise (despite the fact that surprising deceptions are often exposed in the process).  How can this be?  Truthers operate an elaborate ruse that purports to empower ordinary citizens, but in reality simply diverts them from one cognitive prison cell to another.  One fact that must be understood is that ‘Truthers’ are not leftwing.  They are not the friends of the people, and nor are the ‘liberators’ of the people.  In fact, their claims to possess a ‘higher’ knowledge to anyone else, is reminiscent of the Judeo-Christian religion many of them adhere to, or have been influenced by.  Virtually all Western ‘Truthers’ harbour racist viewpoints, but hide their prejudices in the surface language of apparent objective analysis.  Truthers are like a thousand disparate surgeons all operating on a human body from a thousand different theoretical approaches.  Of course, this lack of professionalism inevitably leads to the death of the patient, and the ‘patient’ in this instance is ‘truth’.  Truthers support the bourgeois class, but not the Bourgeois State.  Truthers want all political power and control of the media for themselves.  They seek to destroy the ‘official’ bourgeois system, and replace it with a new type of anarcho-bourgeoisism, centred around the re-affirmed cult of individuality.  Truthers are bourgeois individuals protesting about the manner in which their own class disempowers them through media manipulation.  This is why Truthers never run any episodes revealing how the bourgeois system exploits the working class, or any programmes that empower the working class.  Truthers question everything except the political motivations of the class that produces them.  Truthers gain their power through generating publicity through conflict – this is why I have not mentioned any by name in this article.  Unless they embrace Marxism and work toward the freedom of the working class – I scorn them all!