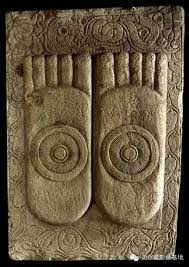 The Buddha’s path, particularly in its oldest known form, appears to be comprised of a system of thought premised upon the use of a clean logic and a pristine reason.  This observation has led a number of commentators in the West to ascribe the term ‘modern’ to the Dharma, and thereby suggest that the Buddha, as a learned man (who probably could not read or write), was the first modern thinker, perhaps even predating the pre-Socratic Greek philosopher Thales of Miletus (an ancient Greek colony situated Turkey), who lived during the 7th and 6th centuries BCE.  Of course, such an assertion is assisted if the lifetime date of the Buddha is more inaccordance with the Chinese Buddhist tradition that gives the years as 1028/29 –  948/49 BCE, than it is with current Western dating (accepted by the Theravada tradition since the 1950’s) as being (with slight variation) 563 – 483 BC. whereas Thales of Miletus lived between 624 – 546 BCE.  However, it may be that regardless of which distinct culture appeared to give rise to logic first, it could well have been a species-wide evolutionary development, as the work of Laozi (d, 531 BCE), Confucius (551-479 BCE), Zhuangzi (370-287 BC), demonstrate in ancient China, as all appear to utilise logical schemes for their systems of philosophy.  However, as unique as the Buddha’s thinking undoubtedly is, logic dictates that it did not develop in a vacuum, and did not suddenly appear as ‘out of thin air’.  Regardless of its epoch-changing ramifications, the Buddha’s system of logic was the consequence of well-established historical trends and conditions, observable in ancient India through the development of her systems of thought.  In my view, the clearest and most concise thinking on this matter has been written by Satkari Mookerjee, in his excellent book entitled ‘The Buddhist Philosophy of Universal Flux’ (re-printed 2006) which explains the fundamental trends that have underpinned the various and diverse systems of India thought, in the times prior to the rising of Buddhist thought.  Needless to say, there is no need for fanciful theories of ‘outside’ interference or guidance, or recourse to the notion that ancient aliens ‘implanted’ this ‘new’ type of thinking into the minds of humanity.  It is also clear that the Buddha’s system of thinking arose entirely within the milieu associated with Indian philosophical thought, and was not ‘imported’ from ancient Greece or elsewhere.  Intense dialectical competition between the existing and competing schools ensured a very high quality of developed thought-system, that continued to exist as ‘valid’ within Indian society, or was thoroughly vanquished into the oblivion of ‘falsehood’ on the battlefield of debate.:

‘What is, however, particularly refreshing in this tense atmosphere of fighting is the fact of the earnestness of the fighters.  Though all cannot be regarded as equally honest or honourable in their method, their earnestness and sincerity are beyond doubt or cavil.  The fighting has all the freshness of life and reality.  There is an air of unreality about it.  In fact, they fought for what they believed to be a question of life and death.  Philosophy was not a matter of academic interest in India.  Change of philosophy meant the change of entire outlook and orientation in life.  Victory in a philosophical debate, therefore, was essential to the preservation of one’s religion and mode of life, defeat spelt inglorious death or apostasy from the accepted faith.  There was, in fact, no line of demarcation between philosophy and religion in India.  A religion without a philosophical backing was unthinkable.

The cleavage between philosophy and religion is pronounced where religion is held to be a matter of unquestioning faith irrespective of a philosophical sanction.  But in India the two were identical.  So even the atheists had their own religion because philosophy and religion were one.  Belief had to submit to the test of logic, and a faith that was not warranted by philosophic conviction, was rightly regarded as perverse dogmatism which has no right to the allegiance of a man of sound education and culture.  It is this fact of intellectual honesty and spiritual earnestness that account for the intensity and desperate character of this fighting for opinion among ancient philosophers of India.  As has been aptly observed by Prof. Dasgupta with his characteristic insight, “The systems of philosophy in India were not stirred up merely by the speculative demands of the human mind, but by a deep craving after the realisation of the religious purpose of life.” Ignorance of this peculiarity of the Indian mind has been responsible for the so-called charge of scholasticism that has been laid at the door of Indian philosophy.  Philosophy was not the fad of intellectual satisfaction or for the purpose of whiling away their idle hours.  It was, on the contrary, the earnest quest of truth and life’s purpose and nothing short of truth could give its votaries peace or satisfy their ardent mins.  And the intensity of this craving was not appeased except by a thoroughgoing and meticulous application of the truth to every detail of life.  Accordingly, no fictitious barrier between religion and philosophy was tolerated.

If religion was not sanctioned and inspired by philosophy, it was regarded as a useless superstition.  If philosophy was not lived in actual religion, it was rightly held to be a mere waste of time and a dereliction from life’s true purpose and mission.  As Prof. Sir S Radhakrishnan observes with his inimitable felicity of expression, “In many other countries reflection on the nature of existence is a luxury of life.  The serious moments are given to action, while the pursuit of philosophy comes up as a parenthesis.  In ancient India philosophy was not an auxiliary to any other science or art, but always held a prominent position of independence.”  The true criterion of philosophy and scholasticism therefore should be sought not in the identity of the interests of religion and philosophy, which, to my mind, far from being an occasion of halting apology, constitutes the very apex and perfection pf both of them.  The criterion, in my humble judgment, should be the crucial test as to whether or not the pursuit of philosophy is inspired by an unremitting and unhesitating enquiry after truth and whether it is only an after-thought, a metaphysical eyewash, ot a clever subterfuge to bolster up a pet dogma.  If this criterion is accepted and applied, Indian philosophy will, we believe, come out in triumphant glory.  Unquestioning, blind faith may be shameful superstition, but the studious endeavour to keep religion apart from philosophy is a perversity of mind, of which we should be equally ashamed.  To keep philosophy again in a water-tight compartment and to prevent it deliberately from finding its fulfilment in religion constitutes an unpardonable case of moral cowardice, insincerity of purpose and shallow dilettantism,

There might be a semblance of justification or excuse for the charge of scholasticism against the course of philosophic thought in some Brahmanical schools (which we believe, we have succeeded in proving to be without foundation); but this indictment cannot be brought against Buddhist philosophy with any show of plausibility.  From the very beginning Buddhism has been critical In its spirit.  Lord Buddha was an intellectual giant and a rationalist above anything else.  He exhorted his disciples to accept nothing on trust. “Just as people test the purity of gold by burning it in fire, by cutting it and by examining it on a touchstone, so exactly you should, O ye monks! Accept my words after subjecting them to a critical test and not out of reverence for me.”  These words of the Buddha furnish the key to the true spirit of Buddhist philosophy throughout its career.  And this freedom of thought encouraged by Buddha was responsible for the schism in the Buddhist church and for division of Buddhist philosophy into so many divergent schools.  This should not be regarded as a matter of regret; on the contrary, we should read in it the signs of pulsating life.’

Whereas Greek philosophy developed in fits and starts, in a more or less haphazard affair over hundreds of years, culminating in the sublime rationality of Socrates, Plato (and much later Plotinus), the Buddha’s system of thought appeared on the world stage already ‘complete’ and in its finished form.  He undoubtedly made use of Brahmanic and yogic phraseology and practises, but he completely changed how these terms were interpreted and applied.  He made use of the prevailing conventions and habit of thought prevalent in ancient India, and radically broke with the past and conveyed a thoroughly ‘new’ system of thought free of the reliance upon theology and superstition.  The Buddha delivered his understanding in a devastatingly intellectual fashion that was very much part of the Indian tradition.  Without recourse to greed, hatred and delusion, the Buddha used a crushingly calm logic to counter, uproot, and dissolve all opposition to his definition of reality.  In this regard, the Buddha may be viewed as an inevitable product (perhaps its ‘apex’) of the ancient Indian habit of applying ‘logical’ assessment to every manifest theory.  This being the case, it would appear that the Buddha’s insight was home-grown within Indian culture, and not the product of the ancient Greek method of thought in migration.  By the time Greek thought matured, the Buddha’s advanced logical thought was already old.