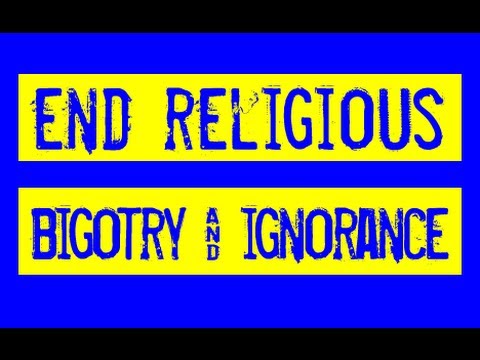 Chris White made a video debunking the Ancient Aliens Series – which purports to provide evidence that space-travellers visited the earth in the distant past and in so doing influenced or interfered with the evolutionary development of humanity.  This entire concept is the extrapolation of the work of Eric Von Daniken.  This series is really a pseudo-science with no basis in reality.  It is an exercise in religious myth-making in secular guise.  The Judeo-Christian god becomes an advanced alien civilisation ‘somewhere out there’, and aliens visiting the earth are representative of the Son of god coming down to earth and performing miraculous deeds.  The use of mainstream (and rational) science by Chris White, although thoroughly entertaining, is also dishonest and a misuse of secular knowledge by a Christian fundamentalist who is exercising a hidden agenda.  What is not so obvious to the general viewer of ‘Ancient Aliens Debunked’ is that its producer is also pursuing an ‘anti-science’ agenda.  Yes – science is used in a brutal fashion to discredit the claims of the show’s participants (who generally espouse absurdity as fact) – but in so doing, Chris White tends to leave the equally absurd biblical claims alone.  Why does he do this?  In subsequent interviews and videos he states clearly that he is a conservative Christian who upholds the century’s old Christian fundamentalist belief that that only its theology is ‘true’ and that all other teachings are inferior and arise from the devil.  More than this, however, but Chris White states that he believes Christian theology to be a ‘science’ that can be verified through testing.  Ironically this statement of Chris White sounds exactly like the rhetoric found within the Ancient Aliens Series.  It is clear that Chris White wishes to subsume secular science into the teachings of Christian theology and in so doing end secular science serving as an ‘independent’ threat (and corrective) to the illogical claims of Christian theology.  This agenda can be clearly seen in his three hour debunking of Ancient Aliens – where the last thirty minutes or so are taken-up establishing a pro-Christian theological stance that is in structure more logically bizarre than the pseudo-science he had previously been debunking.

In his interview with Alex Tsakiris (of Skeptiko.com) Chris White shows the depth of his theologically inspired ignorance, and the shallowness of his rational knowledge of other philosophies and faiths.  Furthermore, like all faith-based fanatics he is proud of this counter-rational stance and wants everybody to know about it – presumably for ‘glory of ‘god’ or some other equally vague theological construct.  His notions regarding Buddhism reduce the extensive philosophy of Buddhism to the narrow confines of an unknowing Christian theology.  He also does this to the religions of Islam and Hinduism – but saves his most telling rhetoric for his theological interpretation of Buddhist teachings.  Of course what both the interviewer and interviewee fail to establish is that Buddhism is a ‘science’ and not a ‘religion’.  Once Buddhism is allowed to be misrepresented as a ‘religion’, then Chris White has already won the rhetorical argument and the flood gates of ignorance are fully opened.  Buddhism when viewed through the eyes of a Christian fundamentalist is reduced to a set of pointless behaviours that are unable to convey the practitioner in any worthwhile direction – this is nothing other than the uninformed rantings of a Christian missionary who views ‘difference’ as a ‘threat’ that must be ‘converted’ out of, and away from, its separate existence.  At no time does Chris White understand that his superficial knowledge (which he mistakes as being representative of ‘Buddhism’) is nothing other than greed, hatred, and delusion manifest in his own mind, and that the theology he follows has already been deemed in structure as incorrect by the Buddha.  Why did the Buddha do this?  He did this because in his opinion theology is the product of a mind still trapped within sophistry of ignorance.  Chris White describes himself as a ‘former’ supporter of the Ancient Alien Theory.  This presumably means that his position has moved from that of rational science (mainstream thought), toward pseudo-science (Ancient Aliens), and finally settling upon the non-science of theology (i.e. Christianity).  Buddhism represents a rational challenge to his irrational belief in theology and he has no answer to it.