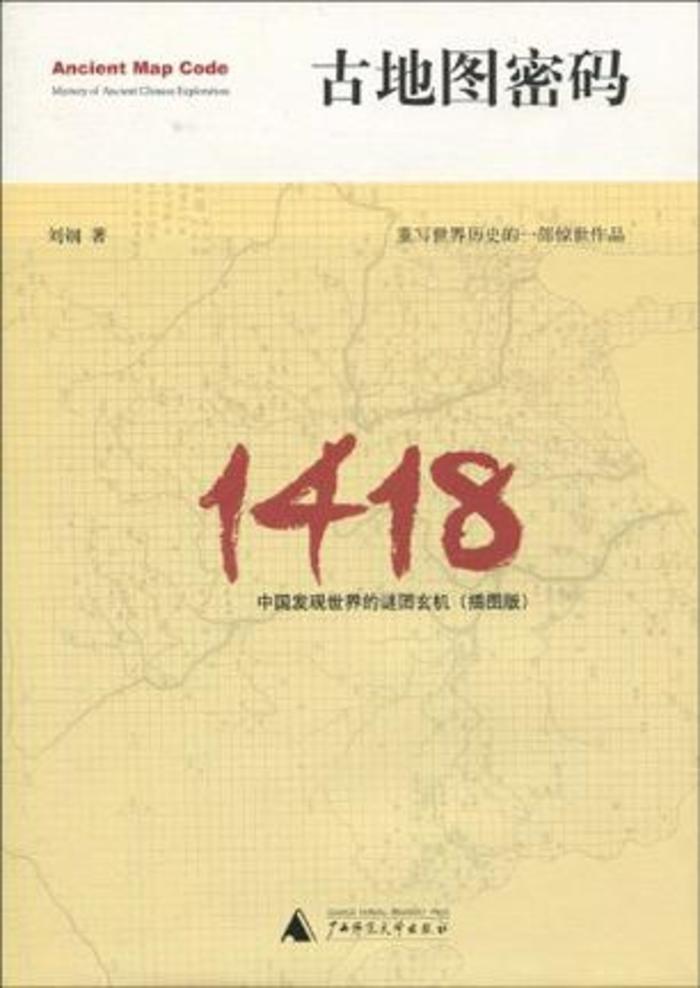 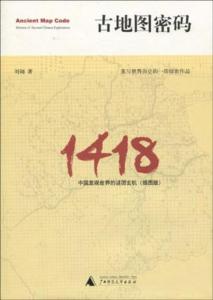 The conventional (Eurocentric) historical narrative states that Columbus discovered America in 1492. It also states that it was not until 1519 that Magellan (another European) took three years to become the first human being to navigate the globe. This voyage of exploration became known as the ‘great geographical discovery’ (地理大发现 – Di Li Fa Xian). This information is available in history books throughout the world and is considered unquestionably correct. However, in 2001, a text known as the ‘Record of All Foreign Nations Existing under the Divine-Sky’ (天下诸番识贡图 – Tian Xia Zhu Fan Zhi Gong Tu) was discovered in China. The information contained within this map proves without a shadow of a doubt that Chinese mariners not only reached the Americas in 1418, but in so doing, also navigated the globe. When the historicity of this map is studied, it is clear that it is linked to a much earlier map of the world discovered buried within an 11th century tomb in China. These texts demonstrate that even in the 11th century, the Chinese people had already visited and mapped not only the coastlines of the Americas, but also the coastlines of Australia. Furthermore, it is clear that the Westerner Marco Polo (when he lived in China) had seen and studied these maps, mapping notes, and taking this knowledge back to Europe with him. These notes of early Chinese maps of North America were then later used to develop the famous Map of the World produced by Matteo Ricci. Although this map is a very important development for Western Civilisation, Ricci’s work hides a very significant fact – namely that his work is premised upon far earlier Chinese maps of the world. Ricci does not state at any point that he got his details from Marco Polo, and that Marco Polo got his facts from his time in China, studying ancient Chinese texts.

The text discovered in the 11th century tomb in China is known as the ‘Ancient Map Code’ (古地图密码 – Gu Di Tu Mi Ma), and clearly shows that the ancient Chinese people had discovered both the Americas and Australia. Not only are the coastlines drawn remarkably accurately, but this ancient map also appears to make use of both longitude and latitude (i.e. vertical and horizontal location and orientation lines). This map is thought to be at least two thousand years old, and to cover thousands of miles of data gathering, including many other countries, landmasses and other geographical details. The point is made that many hundreds of years later, Europeans such as Columbus and Magellan made use of ancient Chinese knowledge of science and technology, but did not credit this source. More than this, however, but Eurocentric history has followed a path of denying any Chinese input whatsoever in the circumnavigation of the world. In fact it can be said today that the idea that the Europeans achieved anything first with regard to circumnavigation is merely a very poorly constructed myth that relies heavily upon the withholding of correct historical data for it to be maintained in its function of deceiving the masses. The later Europeans simply built their theories upon a far earlier body of Chinese advancement in the development of science and technology – which includes the Eurocentric misrepresentation of the ancient use of ‘longitude’ and ‘latitude’ in ancient Chinese map making. Admiral Zheng He used this ancient Chinese knowledge to guide his imperial treasure fleet gradually, from to east to the west. In this sense, Zheng He was doing nothing new other than following established Chinese maps from a far earlier era of Chinese Civilisation. Later, European mariners, making use of this old Chinese knowledge of the world, followed their copies of earlier Chinese maps and claimed to have ‘discovered’ (falsely of course) the Americas.