END_OF_DOCUMENT_TOKEN_TO_BE_REPLACED

The current batch of right-wing supporting governments of the West must not be allowed to get away with a) supporting Hitler, b) deploying racism against China and c) deploying racism against Russia! This policy has its origins in the post-1945 US, but has been aided and abetted by Canada, the UK and Germany in recent years! In Asia this US policy is transmitted through the US colonies of Japan, Taiwan and South Korea! Hitler would be proud to see so much blood on so many hands – particularly as it is being perpetuated by his former enemies who acted so self-righteously at the Nuremburg Trials! What was the point of trying, condemning and executing those who supported fascism before and during WWII – when those doing the trying, condemning and executing are now openly SUPPORTING the very fascism they once condemned!

END_OF_DOCUMENT_TOKEN_TO_BE_REPLACED 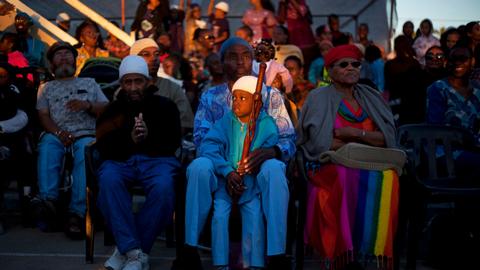 Of course, in early 2021, when much of the world was taken with the Covid-19 pandemic, the ugly-face of Zionist (White) racism made its presence felt when the fascistic Israeli State ordered the expulsion of all ‘Black’ Jews living in the South of the country! Whereas Idi Amin Dada was dubbed the ‘Black Hitler’ (by the British Liberal Leader – Jeremy Thorpe) in 1972 when he gave the ‘racist’ Asian population 90 days to leave Uganda – the hypocritical ‘White’ community of Europe (and the US) reacted with a deathly ‘silence’ when the Zionist Israeli State showed its true fascistic nature and gave a section of its ‘Jewish’ population just two-months to leave the country – simply due to the ‘colour’ of their skin! Their was no sanctions against this racist State, no NATO planes attempting to blanket-bomb Tel Aviv into submission – or at least accepting the usual levels of civility expected of a ‘modern’ nation in the developed world!

END_OF_DOCUMENT_TOKEN_TO_BE_REPLACED

Seven million of its citizens fought in the Red Army and in partisan detachments to restore independence and glory to their Ukraine. More than two thousand people became Heroes of the Soviet Union, Heroes twice and thrice. And their names still bear the streets and squares of Ukrainian cities and villages. And then these and other heroes recreated Ukraine from the ashes of the war. And it became, both in area, in industrial and scientific potentials, in terms of the level of education of the population, somewhere on a par, and somewhere it surpassed the first capitalist countries of Europe. And not every country in the world has an aviation and rocket and space industry! And Ukraine had. But it was then the Ukrainian Soviet Socialist (Ukrainian SSR) within the Soviet Union. Should this HISTORY be destroyed in order to become “part of Europe”?

END_OF_DOCUMENT_TOKEN_TO_BE_REPLACED

‘myth’, as if he did not exist at any point during WWII, after-all, there is no known grave and therefore no known body. This means that the ‘cause’ of his death cannot be known for sure, or at least be ascertained in accordance with scientific standards. All assertions about his death, therefore, are pure speculation.

END_OF_DOCUMENT_TOKEN_TO_BE_REPLACED

This thoroughly perverse US policy of supporting the very fascist ideology that has seen African-American people routinely lynched within America – outside of its own borders with a Blackman at the helm of the US government is so anti-intellectual that it defies belief! Furthermore, to add salt to the wound of this injustice, the US has been attempting to coerce the Ukraine and Georgia (the latter being the birth-place of Joseph Stalin – who is still popular amongst the local people) into joining NATO – the military arm of US aggression around the globe!