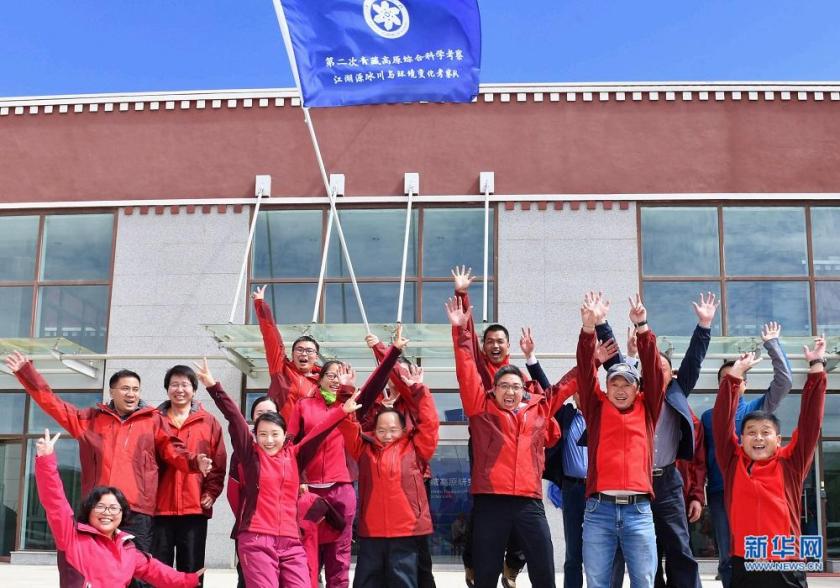 On June 17th (2017), the researchers involved in the investigation of the glaciers and environmental changes in the rivers and lakes took a group photo at the launching ceremony. On the same day, the second comprehensive scientific investigation of the Qinghai-Tibet Plateau was launched by the Communist Party of China (CPC). The expedition will last for five to ten years, and the source of the Selin Cuo (色林错) lake being the first area to be investigated. In the next month (and thereafter), the Chinese Academy of Sciences will organize more than 100 scientific investigative projects – involving the four areas of including glaciers and environmental changes, lakes and hydrometeorology, biological and ecological changes, paleoecology and paleoenvironment – together with charting the source of the Yangtze River in Tibet. Xinhua News Agency Reporter JingMe Dorji ( 晋美多吉).