Author’s Note: The British Labour Party of 1948 produced two miracles of planning and administration. The first was to create from scratch a completely ‘new’ and comprehensive healthcare system (free at the point of use and paid for through taxation), and the second was to prevent any and all association with the ‘Communist’ healthcare system it was modelled upon, and borrowed from the Soviet Union. The Labour Party (i.e. ‘Nye Bevan’) had to fight severe resistance throughout the British Establishment in organising a ‘Socialist’ healthcare system tha would undermine ‘private’ medicine and the high fees doctors could charge for their services. Even the ‘British Medical Association’ opposed the creation of the NHS! This is the story of the original ‘Soviet’ NHS which laid the foundations for generations of improved health throughout the UK!  ACW (5.12.2018)

The system of universal and free medical care in the Soviet Union was considered one of the best comprehensive healthcare system in the world. Within ‘capitalist’ Russia today, the former Soviet ‘National Health System’ has been ‘privatised’ and sold-off, so that only a very basic ‘free’ service remains. This service is highly inadequate and is designed to force ill and inured people (and their families) to ‘pay’ extortionate fees if they want to ‘recover’ and/or ‘survive’.

The years that following the October Revolution of 1917, saw the Russian Civil War (1917-1922) inflicted terrible and harsh living and working conditions in Russia – as outside forces tried to destroy the Revolution and break the will of the people. From the first days of the October Revolution, Lenin insisted upon free health care for everyone. This proved difficult to provide continuously or adequately under the destructive conditions which reduced healthcare functionality to near Middle Ages conditions in remote, occupied or destroyed areas. Whilst fourteen Western countries, their White Russian allies (and other reactionaries) tried to kill Lenin and his Revolution, the newly formed Soviet State suffered from devastating epidemics of cholera, typhoid fever and smallpox, whilst experiencing a shortage of qualified personnel, hospitals and medical supplies. 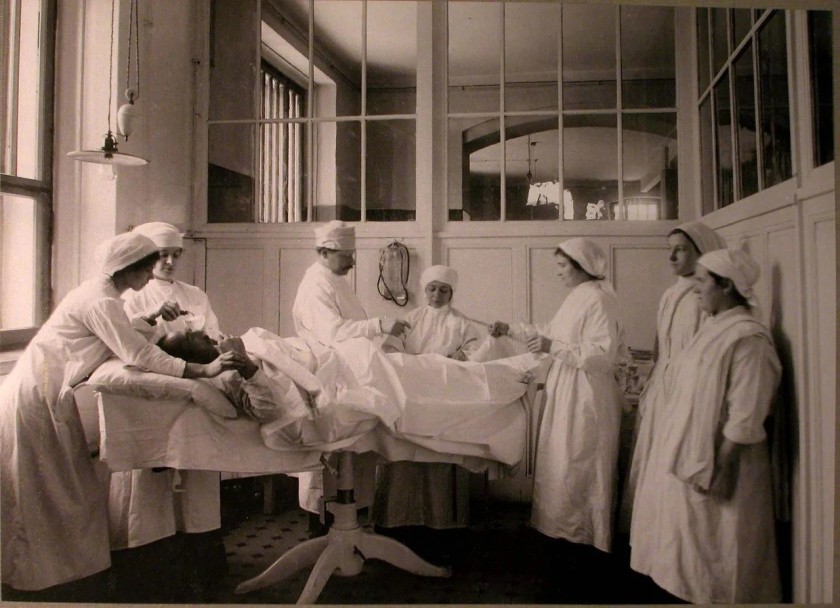 In the first years of Soviet power, mortality increased threefold, and the birth rate doubled. The Soviet State was immediately impoverished by the destruction inflicted by the Civil War and the capitalist countries withdrawing all investment wealth and blockading trade. These conditions required the rapid development of an efficient and highly effective (centralized) system of medical care, free of all capitalist corruption and profiteering.

The Soviet State – under the guidance of Lenin and Stalin – introduced a unified system of medical care for the entire country – from Moscow and Leningrad to the smallest or remotest villages. Every single person regardless of age, gender, ethnicity, disability or age, etc, was entitled to the best medical care in the world free of charge at the point of use. Lenin and Stalin described this as the application of Socialist Morality!

The first point of call for many patients were Soviet First Aid Stations. After this, patients could go to Soviet Medical Clinics in their districts. If necessary, they received assistance in district or city hospitals. In severe cases, patients were sent to specialized medical institutions. A similar (equally comprehensive) healthcare system was created for children. 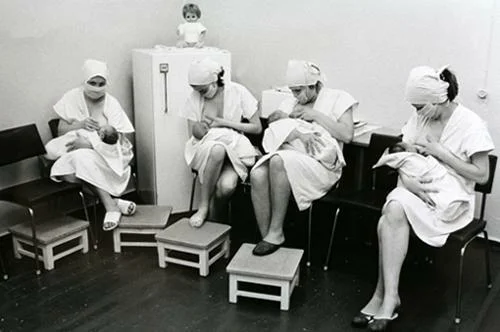 Although Socialist morality demanded ‘free’ medical care from the very beginning of the (1917) October Revolution, the right to free medical care was finally enshrined in law in the 1936 Constitution of the USSR – as one of the fundamental rights of the Soviet people, along with the right to education, the right to work, etc. Through the eradication of feudalism, religious ignorance, capitalism and monarchial tyranny, the Socialist Planning of the USSR took just 19 years to build the best ‘free’ healthcare system the world had ever seen!

The Soviet Union paid great attention not only to treatment, but also to preventive methods. A wide range of dispensaries specializing mainly in venereal diseases, alcoholism and tuberculosis was created. Such institutions not only treated patients, but also monitored their health in everyday life, and were ready to prevent or divert potential threats to public health through prompt treatment and intervention, etc.

One of the most common preventive measures was vaccination, mandatory for everyone: from children to adults. It was common for a citizen to refuse to work without having completed a full set of vaccines.

The Soviet system of medical care bore fruit during the Great Patriotic War (1941-1945). Doctors were able to return on the battlefield 72% of the wounded and 90% of sick soldiers, more than 17 million people. 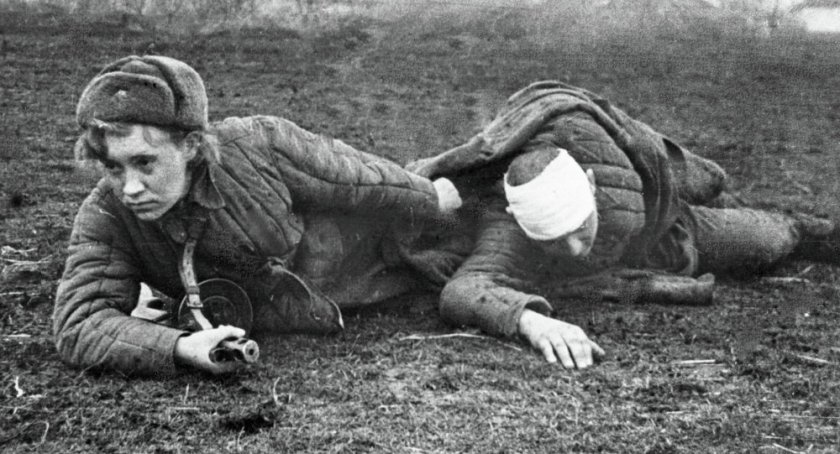 The system of medical care in the Soviet Union included not only hospitals and clinics, but also a wide range of sanatoriums and resorts. Sanatoriums were an integral part of the treatment process, and resorts played an important rehabilitation role.

In spite of the fact that medical care was free by law, some services (in the late Soviet period) required small payments (usually subsidised by the Soviet State). In addition, it was a tradition to informally thank doctors with various gifts – from boxes of chocolates to bottles of cognac, etc, although this was not encouraged by the Soviet State. After the fall of the USSR, the system of State medical care in (capitalist) Russia remains largely free. However, the quality that care in our time leaves much to be desired. A limited State faces competition from private clinics, which often offer clients more varied and qualified medical care.