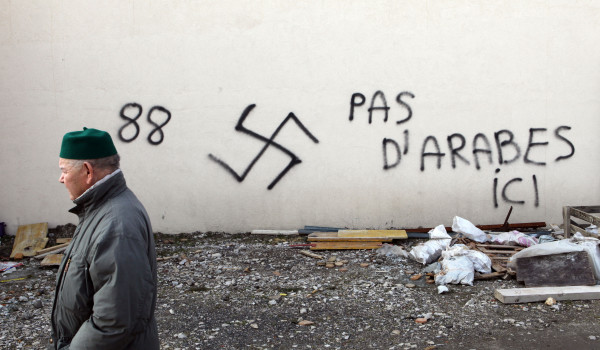 In the 18th century, France shocked the world with its socialistic Revolution – and equally shocked the world with its bloody aftermath! This was not a working class Revolution, but merely the middle class taking power from the upper class – but this power transfer was often justified with language giving the false idea that the peasants were in control, when in fact they had very little real power. The middle class had to keep the far more numerous peasants subdued whilst consolidating their bourgeoise power base. However, over the decades France has fallen in-line with capitalist ideology and has become a typical, racist and reactionary bourgeois State. Its official and popular Islamophobia, coupled with aggressive military imperialism abroad has led to numerous retaliatory ‘terrorist’ strikes in France itself, but the French never learn. They continue to assist the other Western powers to kill hundreds of thousands abroad, and consider the small numbers killed in terrorist attacks to be worth more as human beings simply because they are ‘White’ and ‘French’. Today, the EU imperialists are being represented by France, the government of which has published a lie stating that President Assad used chemical weapons against his own supporters, when the evidence is clear that Western-backed Islamo-fascist terrorists – many of whom are in fact ‘Western’ mercenaries with US Army tattoos, neo-Nazi volunteers and Israelis – carried-out this attack using British-made chemical weapons. People need to ‘resist’ this fascism in every conceivable way possible, and Servicemen and women need to refuse to obey these illegal and immoral orders to kill another type of human-being simply because they do not happen to be ‘White’. The Western capitalist States use ‘terrorism’ and illegal military action around the world all the time, and then hypocritically use this as a pretext to destroy other ‘non-White’ nations. the message is clear – do not intellectually allow them to get away with it, keep publishing the true facts and give the people the real news. The US, UK and EU has to stop using Institutionalised ‘terrorism’ around the world. Finally, the next time France is attacked by terrorists – do not put the French flag on your profile – because such an act is supporting White racism – end of story.