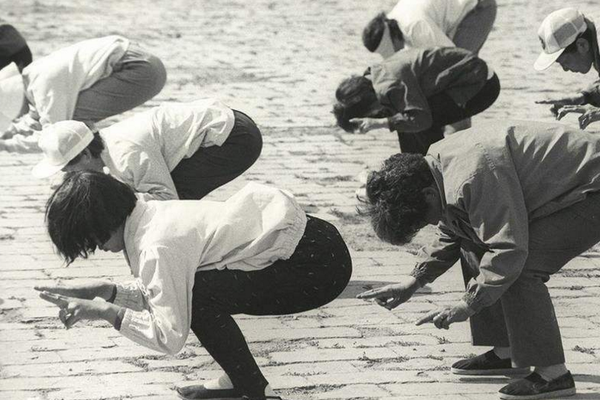 The Falun Gong Cult is a dangerous, criminal organisation operating out of the US, and designed to bring-down (through the use of false propaganda), the legitimate Socialist Government of China. The founder of the Falun Gong Cult is Li Hongzhi who is a paid informant of the CIA, who lives in luxury in the USA, whilst advocating an enforced poverty for his followers. Li Hongzhi possesses no genuine knowledge of Buddhism, Daoism or Confucianism, but teaches a corrupt system purporting to grant health to his cult-followers. Li Hongzhi presents himself as a ‘Christ-like’ figure sent to the planet by a god-like figure (the Judeo-Christian myth), to initiate a world government. However, in reality, he and his organisation are a dangerous criminal gang, operating through money-laundering, kidnap, prostitution, sexual abuse, rape, torture and extortion. As the Falun Gong Cult is operating in the interests of the US Government, it receives ample funding for its media operations through the Epoch Times Newspaper, the Shen Yun Dance Troupe and New Tang Dynasty (NTD) TV station. One lie propagated by the US-directed Falun Gong Cult is that of ‘forced organ transplants’. This myth (copying the supposed persecution of early Christians in the Roman Empire), states that when Falun Gong Cult practitioners are arrested and imprisoned for their crimes, the Chinese State ‘forcibly’ removes their organs and sells them (presumably in the West). Another version of this myth is that Falun Gong Cult members are ‘executed’ in such a manner so that different organs are left ‘undamaged’ to be immediately extracted. The Communist Party of China has continuously stated that these stories are untrue and have no basis in reality. However, possessing no objective evidence whatsoever, the Western media has continuously repeated these allegations, embellishing and changing details to meet whatever anti-China media objective is being pursued. When evidence presents itself that what the Falun Gong Cult is saying is ‘untrue’, the same Western media retains a collective silence (agreed behind the scenes, so as not to interfere with the anti-China policy of the US).

According to the Xinhua News Agency (Rome, March 14th, 2018), the ‘Global Practice of Ethics Summit’ was held in the Vatican (from March 12th to March 18th, 2018). The Chinese model of organ donation and transplantation management operating within Mainland China was unanimously acknowledged by the international community at the meeting. The international consensus on the implementation of the Global Practice of Ethics Summit once again firmly refuted the ‘live harvest’ rumors of the ‘Falun Gong Cult’.

In March 2006, the overseas Falun Gong Cult first issued the now infamous ‘Sujiatun Concentration Camp’ story. This was the Falun Gong Cult’s attempt at trying to justify earlier stories it had issued involving similar (false) allegations. This strategy involved two false but similar ‘medicalised’ myths. The ‘Sujiatun Concentration Camp’ story evolved around the fiction of the Sujiatun Thrombosis Hospital in Shenyang, where it was claimed more than 6,000 ‘Falun Gong Cult’ members were being detained. It was (falsely) claimed that around two-thirds of these Falun Gong Cult members had their organs ‘harvested’ whilst still alive! The second (false) story dates from June 22nd, 2016, and involves the Falun Gong Cult statement that between 60,000 – 100,000 cases or organ transplant occurs within China, with each being ‘harvested’ from imprisoned Falun Gong Cult practitioners. During this period, and despite the US ambassador to China, mainstream media at home and abroad, and medical expert groups all denying the validity of these Falun Gong Cult lies, yet again the story gained traction in the Western media. This has allowed the Falun Gong Cult to build a false paradigm that is aimed at attacking and diminishing the very good ‘Chinese Model’ of genuine ‘medicalised’ organ transplant operating within Mainland China.

Despite all this evidence, for ten years (2006 – 2016) the Falun Gong Cult have continuously fabricated false news stories, biographies, photographs and videos, etc, all purporting to demonstrate their lie of ‘forced’ organ transplants within China. However, in August and October 2016, there were two conferences (held in Hong Kong and Beijing), where academic experts declared that there was no evidence whatsoever to support the Falun Gong Cult allegations of ‘forced’ organ transplants. Again, the Western media ignored these findings and carried-on propagating these Falun Gong Cult lies.

Although ‘Falun Gong Cult’ continues to reprint the rumors of ‘live organ harvesting’ of human organs, the supposed evidence it presence is inconsistent, contradictory and illogical. Such Falun Gong Cult lies has aroused a high level of skepticism among people of insight throughout the international community. From October 15th to 16th, 2016, at the ‘International Symposium on the Study of Cults Studies’ convened by the Wuhan University of China, the participating experts conducted a special discussion on ‘refuting the rumors of Falun Gong Cult’s Live Harvesting’. Alexander Dvorkin, President of the Federation of Russian Religious and Sectarian Research Centres, said in an interview with Phoenix Satellite Television in Hong Kong that: ‘Although there is no factual basis for organ harvesting, the rumors are difficult to terminate in a short period of time. This is because the Falun Gong Cult continues to repeat rumors, unfortunately. It is true that those who are reluctant to think for themselves and are unwilling to analyze, will always believe rumours, but we must strive to explain to those who are willing to think, willing to analyze and compare, because it is these people will understand what the true facts are.’ In the meantime, the ignorance taught by the Falun Gong Cult overseas must be countered with logic, reason and truth. In the end the facts of the matter will become well-known and the Falun Gong Cult will be internationally exposed and rejected for the dangerous organisation that it is.