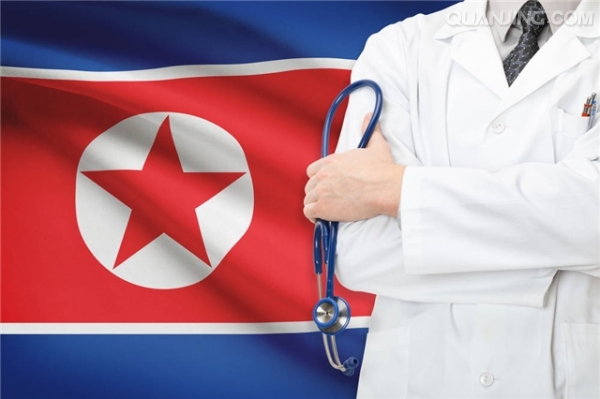 The capitalist West operates a number of differing health systems that vary in effectiveness and social justice. Millions die of medical neglect every year in the developed and affluent West due to a lack of income, and the subsequent inability to ‘buy’ access into the otherwise opulent and advanced medical facilities, administered by national governments and private enterprises. In the case of the rich USA, many citizens lack even the most basic of health insurance policies, and are refused treatment. The cost of effective healthcare in the US is so great (as the private businesses that run the health system seek to maximise profits by excluding the poor) that many people on low to middle incomes are plunged into debilitating debt, even losing their own homes. Quite often, those suffering from cancer have their treatment stopped half-way through by uncaring doctors as their insurance payments run-out. Of course, the inherent and systemic inequalities within the capitalist system are falsely presented by those who run (and benefit from) that system, as being exclusively the fault of those who suffer from these inequalities. The poor are considered ‘poor’ not because the middle class steals their money and keeps them in a deficient state, but rather because they are considered ‘lazy’ and therefore not worthy of benefiting from all the positives of living within a capitalist society. Working class people dying from a preventable illness is seen as ‘natural’ by the capitalists, who will spend any amount of money to stop themselves from suffering the same fate.

Between 1948 and 1990, the UK had arguably the best ‘Socialist’ health system in the world. The left-leaning Labour Party that won the 1945 General Election in Britain introduced a Welfare System and National Health System as a reward to the returning working class men who had served in the British Armed Forces during WWII.This comprehensive system of cradle to the grave welfare and healthcare was very similar to that operating in the Soviet Union at the time, and was paid for in the UK through taxation (being ‘free’ at the point of use). The rightwing Margaret Thatcher – although of working class background herself and having benefited from Britain’s Socialist System – nevertheless harboured a deep-seated hatred of Socialism, and dedicated her time as Britain’s Prime Minister in an attempt to abolish the Welfare State and the NHS. The National Health Service and Community Act of 1990 was the first substantial attempt at privatising the NHS by switching the onus of its operation from ‘care’ (regardless of the cost), to being limited by ‘cost’ (regardless of the treatment needed). This switch from ‘care’ to ‘cost’ was continued by Tony Blair and Gordon Brown during the wasted years of New Labour’s tenure in power (through the notorious ‘Private finance Initiative’). What remained of the British NHS was finally privatised in 2012 by the Conservative and LibDem Coalition led by the rightwing Tory David Cameron. Today, the British NHS is crumbling and people are dying due to medical neglect and inadequate medical care, as the switch from ‘Socialist’ to ‘private’ health proceeds very slowly (as if trying to ‘hide’ the transition from an apathetic tax-paying population). As a consequence, although the British NHS used to appear in the top 10 of world health systems, it does not even make the top 20 anymore, due to its dilapidated (and dangerous) state. The failure of the Labour Party to win the 2017 General Election has condemned the British NHS to the planned Tory-led demise. In the meantime, British people are suffering to an extent not experienced since before the NHS came into being during 1948.

The European Union (EU), being the tool of US foreign policy as it undoubtedly is, insists through its working legislations, that ALL ‘Socialised’ medical and welfare Systems throughout Europe must be ‘privatised’ and subjected to the control of free market economics. The EU has its anti-Socialist ideological roots in the US generated Truman Doctrine and Marshall Plan. In this regard, the US has been successful at diverting the European working class away from Socialism and toward capitalism. Although the Soviet Union collapsed in 1991, the anti-Socialist rhetoric of the US (and EU) continues unabated, with its targets including Communist China, Cuba and of course, North Korea. All three ‘Communist’ countries possess ‘free’ universal healthcare systems that put Western, capitalist countries to shame. It is a Socialist principle that all citizens within a Socialist State are entitled to the best quality healthcare that is available, delivered ‘free’ at the point of use. Of course, despite the inequality and the shocking state of many Western health Systems (that demand payment), virtually no criticism of these systems is evident in the Western press. Generally speaking, there is no printing of lists containing the endless names of Westerners who have died of medical neglect or the related medical incompetence. What is evident, however, is an endless stream of false propaganda aimed primarily at North Korea, which states all kinds of lies and fabrications about the DPRK’s excellent universal and free ‘Communist’ Healthcare System. So prolific is this requirement to ‘lie’, that even the World Health Organisation (which remains ‘silent’ about the poor Healthcare Systems in the West), had to alter its positive verdict on North Korea’s Healthcare System after visiting the country in 20100 – but it did this in a distinctly ‘schizophrenic’ manner. On the one-hand the WHO declared the DPRK’s Healthcare System as being the ‘envy’ of the developing world – whilst simultaneously ‘copying’ the false rhetoric of the west and illogically stating in the next breath that hospitals were crumblings and people starving, and so on!  Even the usually inaccurate and fake English language wikipedia entry dealing with North Korea’s Healthcare System had to acknowledge the bizarre nature of the WHO’s positive-negative verdict regarding North Korea!  It is clear that the WHO wrote an entirely positive report about North Korea – before being forced by the US to ‘alter’ its findings to fit-in with that country’s negative view of any and all Communist countries.