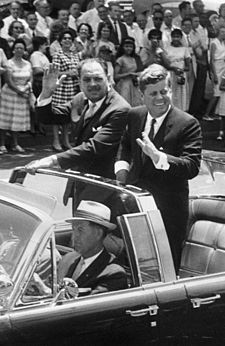 Mohammed Ayub Khan (1907-1974) was a British (Sandhurst) educated military officer who served in the (British) Indian Army during WWII, but who subsequently chose to change his allegiance to the newly British created (Muslim) State of Pakistan following Indian Independence in 1947. In 1958, he (and a number of military co-conspirators), over-threw the democratically elected government of Pakistan – and Mohammed Ayub Khan had himself briefly declared the ‘eighth’ Prime Minister of Pakistan – before settling on the more permnent post of the ‘second’ President of Pakistan (a post he held until 1969), and assumed all effective governmental control of the country. It is stated that his totalitarian (and openly ‘anti-Soviet’) rule eventually led to the loss of East Pakistan (which subsequently became Bangladesh following a popular uprising in 1971).  However, between 1958 and 1961, Mohammed Ayub Khan authorised the deployment of 5,000 Pakistani troops in an invasion of Laos, in support of the USA’s anti-Communist foreign policy in the region (a policy that would lead to the Vietnam War). It seems incredible to believe that an Asian man – whose ethnicity had been the historical victim of a brutal and racist Western imperialism – would side with exactly the same ideology emanating from the USA, and use Asian soldiers to oppress another Asian ethnicity as a punishment for pursuing its own self-determination and freedom from the tyranny of colonisation. Despite this bizarre example of White imperialists using Asian people to pursue policies that are not in their own best interests, the Laotian people did eventually achieve their Communist Revolution in 1975. Ironically, today the USA pursues a ruthless anti-Muslim strategy that centres around racial demonisation against such countries as Pakistan – which are now depicted throughout Western media as hot-beds of Islamic extremism, Islamo-fascism, and anti-Western terrorism. (A mythology compounded by the apparent fact that America’s enemy number 1 – the former CIA Operative Osama Bin Laden – had been hiding out there, in a secure compound for years). Christopher Andersen – in his 2013 book entitled ‘These Few Precious Days – The Final Year of Jack with Jackie’ – states (on page 122) that so grateful was President John F Kennedy for Mohammed Ayub Khan’s 5,000 Pakistani troop deployment in Laos (at a time when the CIA was over-stretched planning and carry-out its anti-Communist ‘Bay of Pigs’ fiasco in Cuba), that he ordered the White House Staff to arrange a ‘special’ candle-lit dinner evening, not in the White House itself, but rather on the lawn of Mount Vernon. Not only was this a logistical nightmare (apparently over-come by the organising skills of Jackie Kennedy), but it was the first time that a foreign guest would be fed dinner outside the White House itself. Thousands of White House Staff and Security personnel had to arrange for the transport of everything – including generators, a marching band, the press corps and a full orchestra – to the site, and co-ordinate the entire evening, which eventually unfolded successfully. As an indication of the bourgeois excess on display at the time, (and probably a light-hearted allusion to Mohammed Ayub Khan’s undemocratic means of seizing power in Pakistan), the marching band finished its display by aiming its rifles and firing blanks at the press corps – a pre-arranged stunt that saw the press corps raise a ‘White Flag’ in surrender.