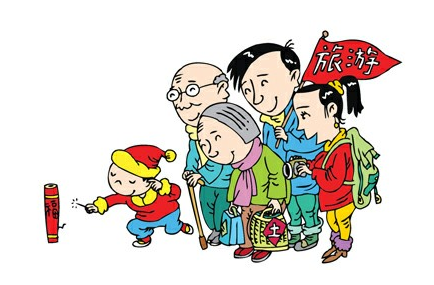 Translator’s Note: The Falun Gong was founded by a disgruntled office worker in the employ of the US Government (CIA) in the early 1990’s. Li Hongzhi now lives a ‘playboy’ life of luxury in the West at the expense of the US-taxpayer. He (and his henchmen) are frontmen for a CIA ‘psychological operation’ designed by the US Government to bring-down and destroy the legitimate ‘Communist’ Government of Mainland China. This operation is premised upon the simple ‘racialisation’ of China, Chinese culture and China’s politics – as being ‘evil’ in nature – and advising Western people to continue to race-hate China for not conforming to the (imagined) standards of ‘civilised’ behaviour as conceived within the Judeo-Christian tradition – in either its religious or secular form. The great joke to the Eurocentric (racist) Americans is that they have co-opted Chinese people to participate in the application of Western racism toward China, when in fact, China established a different (and superior) standard of ‘civilisation’ whilst Europeans were still living in caves and using stone tools. Historical facts have nothing to do with Falun Gong or its newspaper The Epoch Times – as both broadcast a pseudo-history formulated in the smoke-filled rooms of Washington, propagating such myths as enforced ‘organ transplant’ (an idea borrowed from illegal Nazi German WWII human experiments – the perpetuators of which were given ‘immunity’ from persecution for War Crimes by the US, and granted US Citizenship) – when in fact there is no evidence in either the East or West for such an activity ever happening in Mainland China after 1949. However, history clearly records that fascist Japan did carry-out dissections of ‘living’ Soviet and Chinese prisoners in Manchuria both before and during WWII. What follows is a summation of disruptive Falun Gong cult activity in parts of China that have been the victims of Western imperialism and colonisation in the past, and of course in the West, where by and large the Falun Gong cult is allowed to go about its dark deeds more or less without any legal regulation. ACW 18.2.2017

These calls are designed to brain-wash the recipient into accepting Falun Gong religiosity and pseudo-history as ‘fact’, and reject ordinary ‘reality’ as ‘false’. This is the beginning of the Falun Gong indoctrination process, and once the Falun Gong has acquired a telephone number, the calls will be incessant and made during the day or night (to wear-down individual free-will and resistance through fatigue and tiredness). The Falun Gong callers always follow a script with ‘key’ words designed to convert passive listeners to their cause. This will include phrases such as ‘tell the truth’ or always practice ‘truthfulness, tolerance and compassion’. This is reinforced by accusing the legitimate Chinese Government of all kinds of ‘imagined’ acts of barbarity – stating that this government should be brought-down. When people of weak will are enticed by these unsolicited calls, the next stage is to persuade these people to take-out a Falun Gong ‘happiness’ insurance policy whereby payment is arranged over the telephone and is non-refundable.

Li Hongzhi – whilst living a life of decadent hypocrisy in Los Angeles – has called upon Chinese people to ‘de-face’ Chinese bank notes with Falun Gong propaganda calling upon the Chinese people to over-throw the legitimate Government of China. Li Hongzhi has stated that as people will not throw-away the ‘defaced’ currency, the Falun Gong message will spread far and wide and ‘destroy’ the Chinese State. However, Chinese people in general, have reacted angrily to this Falun Gong vandalism, stating that they have to go through the inconvenience of changing these damaged notes at the bank.

In Taiwan, Hong Kong, and Macao, the Falun Gong cult is allowed to set-up permanent stalls and billboards perpetuating anti-China propaganda stating all kinds of falsities including allegations of false imprisonment, torture and the absurd ‘organ harvesting’ myth. Taiwan – as a US colony – is particularly supportive of this false Falun Gong activity – where this ‘cult’ is welcomed even outside the ‘National Father Memorial Hall’, and other prominent places, where it calls upon the down-fall of the Communist Party of China. With recorded messages loudly broadcast, and sedated-looking Falun Gong practitioners spiritlessly repeating anti-China messages over and over again through loud-hailers, the general public are harassed as they go about their lawful daily activities. Probably the most disturbing aspect of this illegal activity, is the presence of photo-shopped photographs of dead bodies, or bodily organs being shown to even impressionable young children. As a consequence of this ‘cult’ activity, many ordinary people are put-off from visiting these places and tourist revenue collapses.

Part of the Falun Gong brain-washing technique is to instil in its converts a state of continuous psychological and physical tension.  This creates an imbalanced and easily influenced Falun Gong cult member who will follow any order to commit illegal acts. When not directly breaking the law, the Falun Gong cult uses its members to ‘demonstrate’ in a ‘manic’ and ‘aggressive’ manner in countries around the world – their sense of ‘cult’ isolation is increased by the fact that most countries do not take the Falun Gong claims seriously. In fact, a number of citizens in countries abroad have moved to put a stop to these pointless and illegal Falun Gong activities through direct action. One such incident occurred on February 5th, 2011, in Mexico City’s Chinatown – where local Chinese people physically expelled the Falun Gong cult members from the area, and disposed of all their propaganda material. On April 25th, 2015, in the Flushing area of New York, the local Chinese people ‘boycotted’ the area and then mounted their own ‘Pro-China’ demonstration which saw the Falun Gong cult members quickly withdraw.

Although the Falun Gong cult presents an ‘anti-China’ front, what is disturbing (other than its blatant ‘lying’ about China) is its real purpose of raising money to fund Li Hongzhi’s lavish lifestyle, and finance further illegal Falun Gong activity. Be on your guard and do not be a victim of Falun Gong activity.