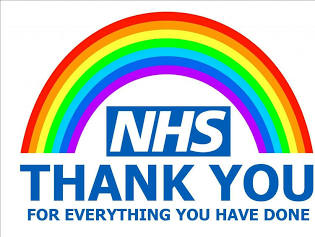 The gay community by and large, reflects the bourgeois society from which it has emerged. Its powerbrokers are mostly ‘White’ and its ideology thoroughly ‘bourgeois’. Its rhetoric is reactionary and a priori supports the predatory capitalist system that spawned it. Like all good Trotskyite movements – the gay community complains about the prejudice and discrimination (it experiences) that emerges from the capitalist division of labour – whilst protecting that system and simply pursuing the ‘myth’ of ‘reforming’ capitalism. This is why we continuously hear the anti-Russian ‘lie’ being trumpeted (by the British gay community) of ‘concentration camps’ in Chetanya when there is no evidence of this. (This is how the gay community ‘supports’ White neo-imperialism through adopting its mythology – which in this instance is also Islamophobic – just like the similar ‘lie’ of concertation camps’ in the Xinjiang province of China)!

The above-linked article (by Jade Bremner @jadebremner) continues in this fine tradition of elevating a preferred sexual orientation to that of a status of an ‘ethnicity’ – by criticising the use of a ‘rainbow’ motif by the NHS designed to make the point that it represents ‘everyone’ during the Covid19 Crisis! The author of this piece of bourgeois, self-indulgent stupidity states that the NHS ‘rainbow’ is really the gay flag developed in 1978 by Gilbert Baker – but is it? Like all self-appointed spokespersons for the bourgeois gay community, horrendous gaps in knowledge define its particular brand of self-righteous anti-intellectualism. For instance, nothing is said of the similar ‘International Buddhist Flag’ designed in 1880 by Henry Steyr Alcott, a retired American army colonel. In 1885, the Buddhist flag was officially used in Sri Lanka as a symbol of faith and peace for the first time. The World Buddhist Friendship Association was established in Sri Lanka in 1951, and the Buddhist flag was designated as its flag – which would be gradually adopted by Buddhist believers all over the world – and became the common symbol of International Buddhism.

It is believed that Gilbert Baker ‘copied’ this Buddhist flag because of its ‘Internationalist’ spirit (and left-leaning political stance). Despite this, the world is not over-run with indignant Buddhists claiming ‘gay’ people are ‘misusing’, ‘misrepresenting’ or otherwise ‘sullying’ the Dharma! So, why is Jade Bremner disguising her attack upon the NHS with notions of misplaced ‘concern’ about the gay community? There are many professions within the NHS which are hot-beds of gay recruitment, gay support and gay advocacy, so why single the NHS out at a time when hundreds of thousands of British people are dying from Covid19 (gay and straight)? The British (Socialist) NHS is one of the few institutions in the capitalist world that welcomes and treats the LGBTQNB+ community as the ‘norm’! Gay discrimination will not be overcome by supporting predatory capitalism or blaming the NHS for flags that ‘look similar’!