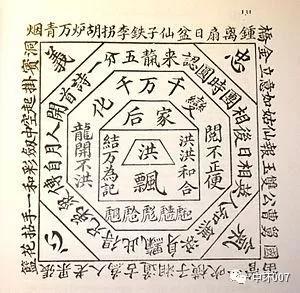 The British landed on the then barren island of Kong Hong in 1841 as they were hastily mustering military forces in the area for yet another chapter in ‘gunboat diplomacy’. This was basically the practice of forcing the political and commercial will of the British Establishment upon the collective minds and bodies of another people who did not want to cooperate or be a part of a ruthless capitalist system controlled by Britain. Britain wanted to create an internal market for the addictive drug ‘opium’ which the British were growing in India. This would have created a dull and compliant Chinese population and opened the entirety of China to British (and Western) domination without any resistance. This demonstrates that the purpose of British imperialism is the complete and total disempowerment of its victims – so that they become a vehicle of compliance in every aspect of being exploited. The unequal Treaty of Nanking ceded Hong Kong to the British in 1842 – and following various official machinations – it became a British Crown Colony in 1843.

Chinese language sources state that in the 22nd year of the reign of Qing Dynasty Emperor Dao Guang [清道] (1842) – the British ‘opened’ Hong Kong to the uncontrolled forces of ‘free trade’ with no Chinese cultural restrictions. After thousands of years of civilisation premised upon strict self-control, respect for one another and respect for authority – the British imperialists created the socio-economic conditions for ‘lawlessness’ as a way of life, justified by the perpetual search for profit. Originally, the ‘三合会’ (San He Hui) – or ‘Three United Associations’ (known as the ‘Triads’ in the West), used to exist within the strict moral codes of State Confucianism – respecting Authority and helping the ordinary people. Deviation from this code often resulted in public beheading. Triads could cause trouble, of course, but within the context of Chinese culture, this had to be well-timed and the Triads had to make sure they were associated with the winning side. This regulatory Chinese discipline came to an end when Britain annexed Hong Kong in 1841 and initiated a ‘free market economic zone’.

Within British Hong Kong, the British Authorities were only interested in monetary or material profit. They had no care or concern for the cultural or spiritual well-being of the ethnic Chinese people. The Chinese people formed a cheap reservoir of manual labour and became an important factor for British commerce in the area. The ‘Triads’ – understanding that they were not subject to Chinese justice (whilst having no respect for ‘inferior’ British culture), unleashed a reign of terror upon ordinary Chinese people that has spread from Hong Kong to every Chinese population outside of Mainland China. This is the capitalist-inspired criminality that now assists European imperialism keep its grip upon the minds and bodies of ethnic Chinese people outside of China. Since 1949, the Communist Party of China (CPC) has wiped-out all vestiges of ‘Triad’ culture on the Mainland. Whereas the ‘Triads’ were once loyal to the Chinese culture from which they emerged, today these groups and organizations thoroughly support the Western capitalism that has made them rich – regardless of its inherent injustices and destructive nature – and are generally ‘anti-Communist’ as a result. Today’s ‘Triads’ terrorise Chinese people across the world from all walks of life – including the trafficking of Chinese women and girls for sex – and the participation in pornography and child abuse, etc. Much of the violence in Hong Kong lately, has been organised by various ‘Triad’ elements controlled by their chapters operating out of Europe and the US.