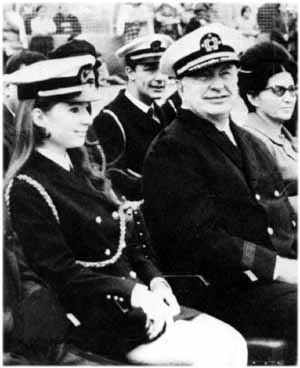 The following two British documentaries clearly define the psychological disturbances that plagued sci-fi writer Ron Hubbard throughout his life, and demonstrates how many (and diverse) adults were drawn to the apparent certainty of his vision. The name itself is ludicrous – ‘Scientology’ – as it would suggest a meaning something like the ‘Science of Science’. This is typical of Hubbard’s megalomania add larger than life obsession. It is an interesting human trait that even within modern, consumerist society, a significant number of people will still be drawn to anti-intellectualism and pseudo-science. This demonstrates the power of religious imagery even within the secular world, with Hubbard acting like a new messiah that would lead humanity out of its corrupt and decrepit state. In many ways the Hubbard example shows clearly the limitation of religious revelation. In the past, before the development of modern science, and when the majority of people were illiterate, religious revelation had a relevance in as much as it offered a cohesive social and cultural mechanism that directed every adherent toward a specific (usually transcendental or post-death) goal. America, is of course, a stupid country inhabited by gun-touting anti-intellectuals of every kind, with Hubbard and his ‘Scientology’ emerging from this milieu. It is significant that as Hubbard was a racist that his cult prefers White members, or non-White members who recognise their racial inferiority (an admission considered part of their Scientology ‘cure’). His organisation was militant, heavily armed, and at one-point formed a substantial paramilitary naval contingent, and despite edicts from Hubbard threatening the US Government and the Establishment, the US Authorities have continuously turned a blind eye and refused to take the kind murderous action seen at Waco.  This is typical behaviour of a country and political system that views ‘stupidity’ as a Human Right. Religious revelation is nolonger relevant in a world that possesses modern science. A charasmatic individual who lives a parasitic lifestyle is nolonger an adequate roll-model for humanity. It is only through objective science that humanity will continue to evolve ever greater accomplishmets in medicine, science and technology.