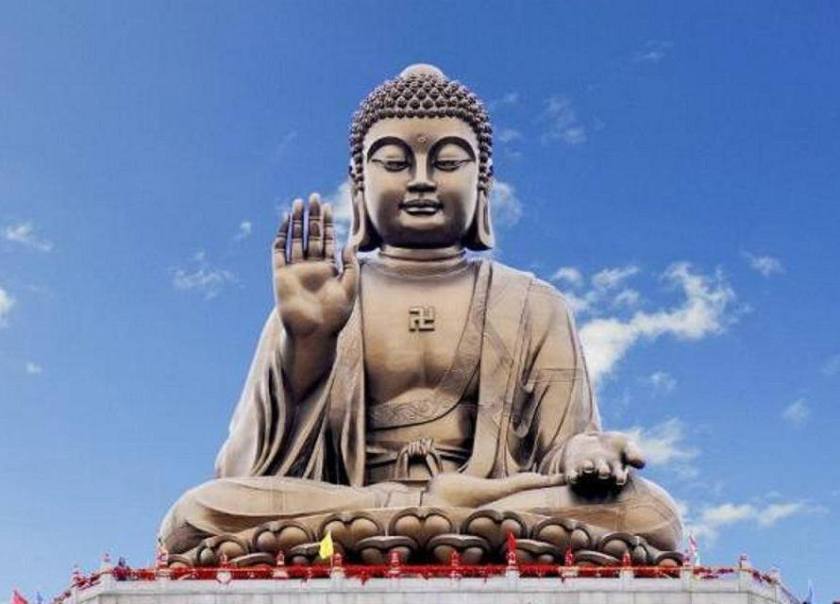 The Buddha interfered in the politics of his day, all the time. He told kings and princes how to think, what to think, and how to behave, whilst the very basis of his philosophical system was highly militant against the status quo, albeit in a non-violent manner. The Buddha practised a form of ‘negative’ philosophical violence – or a violence of the mind -in that he advocated the complete ‘uprooting’ of the Brahmanic social system, and the ‘negating’ of the theology upon which it stood. This was the case because the Buddha stated that the theology of Brahmanism, (and the manifestation of Brahmanic culture in the world) was premised upon ‘ignorance’ presented as ‘wisdom’, and motivated by greed, hatred and delusion. It is peculiar in the extreme that the Brahmanic authorities allowed the Buddha’s school to exist and to flourish, when everything about his ‘Dharma’ was designed to undermine that system. As many people today tend to focus upon ‘breathing’ and ‘meditation’, the militant and non-violent nature of the Buddha’s philosophy is often over-looked. This is probably because the principles of ‘militancy’ and ‘non-violence’ are often not assumed to go together. However, profoundly disagreeing with the prevailing socio-economic and political system is fully inaccordance with Buddhist thought. By spreading the Buddha’s Dharma of philosophical ‘non-co-expectation’, the prevailing system is being undermined from within. Of course, this is only relevant if the prevailing system is at odds with the Buddha’s interpretation of reality. As ancient India did not conform with the Buddha’s interpretation of reality, he critiqued it mercilessly. In fact, when debating with supporters of that regime, the Buddha used ridicule, sarcasm, wit and incisive insight to reduce his opponent to that of a badly educated fool. This is what the Buddhist scriptures reveal time and again, with ‘compassion’ and ‘loving kindness’ interpreted to mean ‘telling the truth’, even if that truth-telling profoundly upsets those listening. This is why it is a mistake to assume that Buddhism is ‘pacifist’, or that it supports the prevailing status quo (in regimes that run counter to its principles). When the Buddha stood between two opposing armies, he was directly interfering in the political process of his day, just as he was when he convinced young Indian people to ‘abandon’ caste and give-up all the social duties associated with that caste. In contemporary times in the West this would be tantamount to abandoning commerce, politics, and liberal cultural norms. In this regard, the path of the Buddha is deeply ‘political’, and those who practice it in support of social systems that run counter to Buddhist ethics, are in reality inverting and denying the true revolutionary spirit of the Buddha.