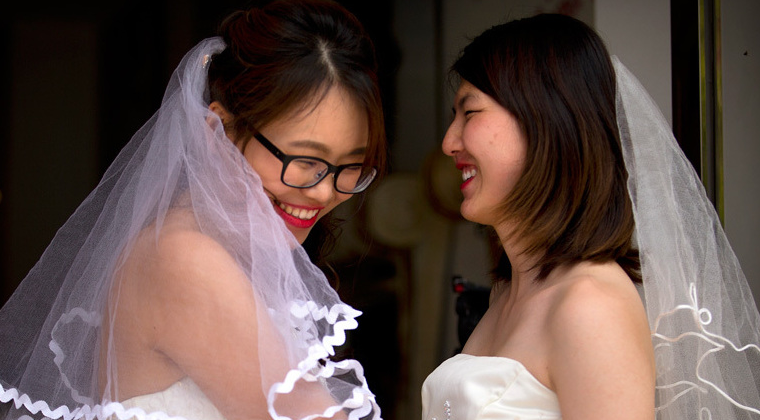 On the 2nd of July, 2015, two gay women were married during a simple ceremony held in Beijing.  Afterwards it was ‘announced’ to the general public that they were now married and that this was in part a statement to assist with the full legalisation of same-gender marriages in China.  The two women – named Teresa Xin Ren and Li Ting Ting – had their marriage celebrated by friends who sprayed them with coloured styling-mousse!