In the Barracks on the snow-covered plateau – and on the border line stretching thousands of kilometres – the Officers and Soldiers of the Tibet Military Region always stand by their posts, guarding the peace and harmony of the Motherland! On the Eve of the Army Day, the Officers and Soldiers of the Model Camp on the Medog Frontier of the Tibet Military Region once again embarked on the patrol road!

END_OF_DOCUMENT_TOKEN_TO_BE_REPLACED

We express hope and confidence that the principles of international solidarity and friendship between the GKP and the KPDPR will receive a new impetus and further development of cooperation. Relations between our parties are an example for all political forces that seek to prevent the spread of Neo-Nazism in Europe and the world. We wish the Congress delegates successful work and express full confidence that the goals set will be achieved.

END_OF_DOCUMENT_TOKEN_TO_BE_REPLACED

Therefore, most Bolsheviks (including Lenin) possessed a dim view of the Scouting Movement – declaring it thoroughly bourgeoise and decadent in nature – and seeing it as a serious encumbrance to building a Socialist State! Furthermore, even at this time, paedophilia had raised its ugly head in the Scout Movement in Russia, (following the tradition developed throughout Western Europe), which saw older men in authority sexually abusing the young boys entrusted into their care. This reflected the tradition of child abuse prevalent throughout the Protestant and Catholic Churches in the West – which was well represented throughout the priesthood of the Russian Orthodox Church! Although the children of the rich were sometimes targeted – the establishment figures preferred to also to target the children of the peasantry knowing that their parents could do nothing about it!

END_OF_DOCUMENT_TOKEN_TO_BE_REPLACED

My father reading the Works of Mao Zedong – in the original Chinese language! My family are linked to Celtic-Viking Britain and the Hakka people

END_OF_DOCUMENT_TOKEN_TO_BE_REPLACED 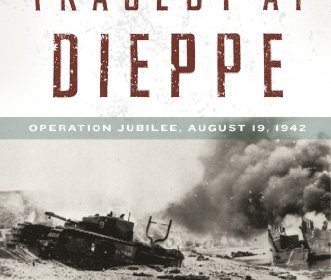 END_OF_DOCUMENT_TOKEN_TO_BE_REPLACED

A ‘Red Army’ is not an ordinary army. It is not a bourgeois army designed to protect and propagate the exploitation inherent within the predatory