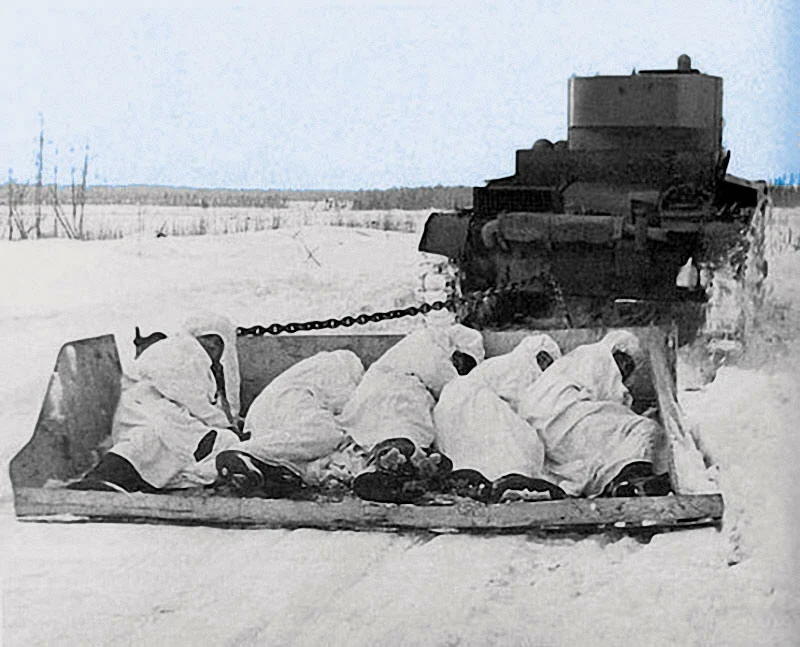 The Nazi Defence Lawyers at Nuremberg raised the issue of Allied War Crimes – particularly the plan of the Churchill War Government to annex Norway in November, 1939, and use it as a corridor for a massive British Field Army to invade the USSR via Finland. From this access-point, the British Army would be tasked with destroying the Soviet Red Army and Soviet regime (finishing the task Churchill failed to achieve in the 1918 British invasion of Revolutionary Russia). Churchill believed this illegal policy would deprive Hitler of the Russian landmass into which he intended to expand a growing (but racially pure) German population! As Norway has been ‘neutral’ since 1818, this would have been an illegal act of military aggression supposedly outlawed by international law. Furthermore, at the time, Finland was a fascist State (allied to Nazi Germany) whilst the British planned on claiming that they were ‘coming to their aid’ of the fascist Finnish State – when in reality Britain intended a ‘regime change’ (also an illegal policy at the time).

The entirety of this planned UK action pivoted on the fallacious argument that the Red Army had broken international law by entering Finnish territory – but this was untrue. Finland had been part of Czarist Russia but Lenin had granted this area independence from Soviet Russia in 1918 (subject to the border being eventually agreed upon). The Soviet government lawfully adjusted the border by annexing a small part of unoccupied Finnish territory and granting in exchange a much bigger (and more fertile) area in return. The proposed new border took away the Finnish ability to fire Nazi German missiles and artillery into Leningrad whenever they felt like doing it. The British intended to manipulate the League of Nations into condemning the USSR – but this condemnation could only happen if the Finnish officially ‘requested’ help from the UK to counter this supposed Soviet aggression. Hitler got to hear of this UK plan and pre-empted it by invading Norway himself. Prior to this, he had politically safeguarded Finnish independence by ordering its fascist government not to fall for the British plan. As a consequence, (and regardless of the bitter fighting between the Finnish Army the Red Army), the Finnish refused to trigger this intended cascade of events through requesting help from the UK.

The numbers required to invade the USSR (via Finland), explains why Britain already possessed tens of thousands of men under arms already in 1939 – that were used to form the British Expeditionary Force that was eventually deployed in France (and which was eventually defeated by Hitler)! Churchill, not to be out done by German imperialism, eventually (and illegally) invaded Iceland – a move protested by the US! At Nuremberg, the Prosecution stated that none of this intended British subterfuge actually happened and remained purely theoretical in nature, whilst the Defendants were on trial for Nazi German War Crimes and Crimes Against Humanity that had ‘actually’ happened in fact. Behind the scenes the British Labour government was going frantic trying to prevent these details becoming public and causing trouble with the Soviets! I can hardly believe it myself – hearing the details nowadays! It is, however, typical of the corrupt influence of Churchill’s character so venerated by the Tories and the far-right!