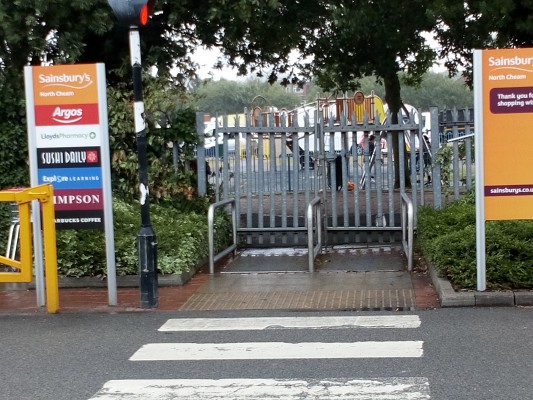 Thank you for your email regarding this matter, as you did not bother to reply personally to my previous two enquiries about this issue.

However, I would be very grateful if you would not violate my privacy by sending this kind of unsolicited and unprofessional Tory propaganda that amounts to ‘race hate’ against Travellers – who are British Citizens, taxpayers and of course, voters. In the meantime you may rest assured that I shall do my best to make your viewpoints against these minority people well-known across social media and academia.

As someone who has contacted me recently about traveller incursions, I wanted to update you that a small group of travellers moved into the Evans Auto site last night.

It is frustrating as this happened earlier this year. The family is not known to the police and is not thought to be the same that have been responsible to the spate of recent incursions in parks across Sutton. There are reports online that they are here for a funeral on Friday, but this is not confirmed.

This is private land, currently owned by Aldi, rather than public land.

I understand that police were quick on the scene last night to assess the situation and it appears they broke the lock to gain entry.

I have joined local Conservative councillors in contacting Aldi to ask them to quickly begin eviction proceedings, but also to better secure the site in the future when they are removed to prevent a reoccurrence, such as bollards or a height restriction barrier.

As per my advice in previous incursions, please do not hesitate to contact the police on 101 should you need to, or on 999 in an emergency.

You can also read about my campaign to toughen the law on travellers on my website using the links below:

I have also joined local Conservative councillors in again calling on the Council to toughen security around our parks. This was asked of them after every incursion in our parks recently, and I am concerned that their lack of action is only adding to the image that they are a soft touch on travellers.

Finally, I continue to oppose any new permanent traveller site being put near Sutton Cemetery when the Council puts together their Gypsy and Traveller Site Plan before 2023, which I am concerned they have refused to rule out so far.

I will continue to update residents as I hear more about the progress in evicting the travellers from Evans Auto.

If you have any further questions, please let me know.