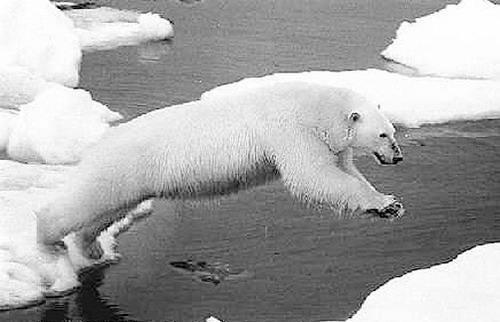 Thank you for your email.

Having accessed ‘Communist China and Global Warming’ (共产主义中国全球变暖) on the Chinese language search-engine ‘Baidu’, there is a wealth of articles generally in support of the idea. For instance, this is a Xinhua article that quotes US scientific reports that support climate change caused by human activity

U.S. Government Report Acknowledges that “Extremely Possible” that Human Activity is the Main Cause of Global Warming 2017-11-04

This is basically a rhetorical attack upon the Trump Administration for climate change denial. This 2008 article:

Admits that the US and China are two of the world’s biggest generators of green house gases and that both countries should collaborate to reduce these emissions (rather than China being ‘forced’ by the US). There is an under-current that the West is operating in a hypocritical manner in this regard, as the capitalist governments have already enriched their respective countries through centuries of industrial output, and are now using ‘global warming’ as a means to prevent other countries embarking upon similar enrichment programmes. However, PRC scientists seems to agree that the industrial process does damage the environment and that science and technology should always move in the direction of environmentally friendly methods and procedures. I see this all the time within Chinese Communist thinking, which probably stems from the idea of always acting in harmony with the environment.

China utilises a negotiating technique of ‘appearing’ to grant a concession to opponents, whilst not actually granting any concession. This is not new, but it is a significant political observation. Having looked at official texts and talking to one or two colleagues in China, I think that the US notion of Global Warming is not accepted in and of itself as ‘correct’, but China appears to go along with it, because China already pursues a policy of combining scientific progression with environment protection and development (in all spheres). China can give lip service to Western notions of Global Warming simply because China already pursues a cause of acting in harmony with natural forces as a foundational premise of their science (a science that unites both medicine and engineering). Privately, it makes no difference to China whether global Warming is real or not, because Chinese thinking (both old and new) advocates that a State is only stable and progressive if it does not act in an environmentally destructive manner. This makes good Marxist-Leninist sense, as progression benefits no one if the State destroys itself through its own developmental methods. Therefore, by appearing to engage the Western notion of Global Warming, and even appearing to agree with it, no concession is actually being granted to the US capitalists. It could also be argued that as the capitalist system quite literally demands the destruction of the environment (as it is exploited for profit), only a Socialist country like China could truly pursue a path that meets the standards of the Kyoto Protocol, albeit by default. In the meantime, the US is growing ever more concerned about the manner in which China has turned every attempt of constricting its development to its own advantage, leading to an increasingly robust economy, and a strong and advanced technological and scientific sector (as is evidence by the recent launch of a quantum satellite, etc).

I contacted a colleague in China involved in CPC activity, so that I could track-down the ‘official’ CPC attitude toward Global Warming, and the result is quite interesting. This is an article published on the 18.1.2018 and entitled ‘China is Willing, Able and Capable to Lead Global Climate Governance’:

‘General Secretary Xi Jinping clearly pointed-out (for the first time) within the report of the 19th National Congress of the Communist Party of China, that China must ‘Guide international cooperation in climate change and become an important participant, contributor, and leader in the construction of a global ecological civilization’. This is the first time in history that the CPC has used the two distinct terms ‘leading’ in relation to climate governance, and ‘global’ in relation to  ecological civilization – with both terms being officially written into the Party’s Report. This is a major change in the issue of international governance of climate change by the Chinese Communist Party and the Chinese Government. It is a landmark signal of China’s participation in global governance with a more confident and enterprising attitude. It is the Chinese Government’s commitment to building an international strategy for the good and positive ecological strengthening of humanity. This is a very important and significant shift in the attitude of the CPC. The change in China’s role in international climate governance, not only reflects China’s perceived re-positioning with regard to climate change issues, but is also an objective reflection of China’s corresponding positional change in the international landscape. China’s contribution will have an important impact on global climate governance.’

I trust this research is useful for the collective effort!