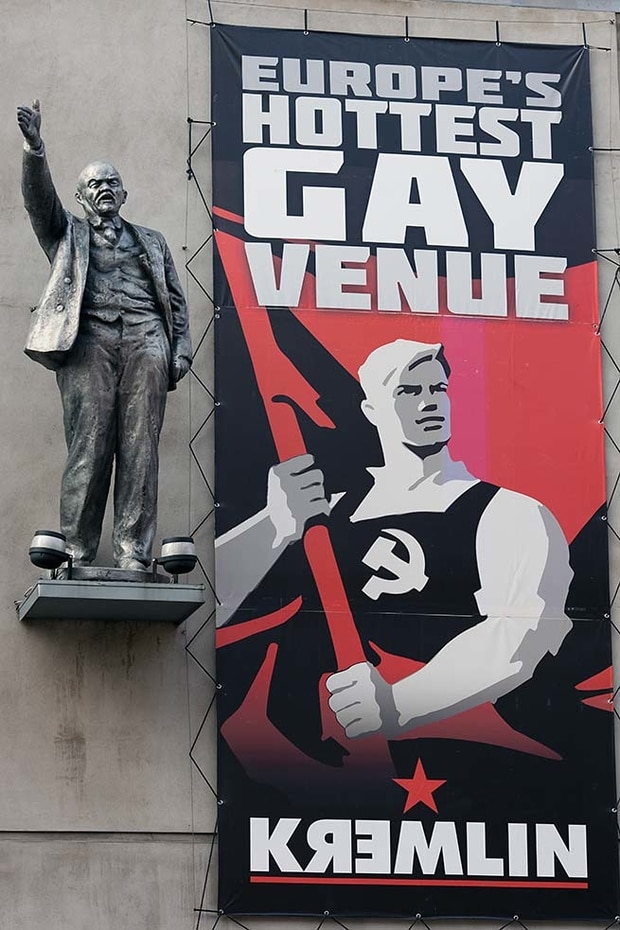 Gay Pride in London this year celebrates 50 years of gayness being ‘legal’ in the UK! However, as great an achievement this undoubtedly was, it is also important to remember that by abolishing the entirety of Czarist Law in 1917, Lenin ‘decriminalised’ homosexuality in Revolutionary Russia! Of course, ‘decriminalising’ an activity is not exactly the same as ‘legalising’ it, but it was an important, symbolic step nonetheless. The first country to ‘legalise’ homosexuality was Italy just one year later in 1918, and it may have been Lenin’s actions through example that prompted this change. Historical records show that the USSR – even after Lenin’s death – continued to be viewed as a progressive ‘gay friendly’ place – but after its victory over International Fascism in 1945, and following the US and its Cold War lies, the USSR was turned into somekind of horrific place simply through an ahistorical misrepresentation. In modern capitalist Russia (which was forced by the West to ‘legalise’ homosexuality in 1993), the re-emergence of the Russian Orthodox Church into the political arena, has led to the anti-gay sentiment its clergy hold, being re-activated and spread far and wide throughout society. What both gay and straight people must remember is that around 40 million Soviet men, women and children died in the fight against Nazi Germany during WWII – and to put a stop to its holocaust against Jews, gays, Romany, the disabled, Communists and anyone consider racially or ideologically unfit.