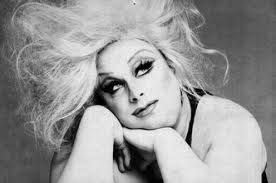 Part of my progressive upbringing involved my parents introducing me to films which expanded my awareness and dissolved socially contrived barriers! When young, probably in my early teens, I was introduced to the film ‘Polyester’ and then the original film of ‘Hairspray’ (which I think is far superior to the re-make)! Divine is a beautiful human-being – something I should have said before he died in 1988 (when I was just 21-years-old and just embarking on my life in the world).

I think it would have been prudent to have included a tribute to Divine in the recent Netflix series entitled ‘Pose’ – although Divine had died of a heart problem just as the HIV-AIDS was becoming known in the world. I am glad he never had to witness the full extent of this devastating illness and the sheer homophobia and transphobia with which ‘straight’ society reacted! I look back at the late 1980s and early 1990s with a definite sense of shame. Divine had a birth-name but this doesn’t really interest me. I see him as a ‘woman’ who exuded femininity, grace, power and determination! Her challenges were our challenges and it is his universalism and internationalism that makes Divine truly beautiful!