After visiting Brixham Heritage Museum, we then travelled by car (about a 10 minute drive) to Berry Head. This is where we encountered the extensive military fortifications around this area that date back to at least 1793 (although the date 1802 appears on a number of buildings) with the North Fort and Southern Fort were built between 1795 and 1805. Interestingly, this was also an area of an iron-age fortification. The entire area was turned into a defensible position against bombardment from the sea, and the landing of enemy troops on the beaches. This area rose to prominence during the time of the Napoleonic Wars, and the British government’s resistance to the spread of French colonialism in Europe. Much of the wall is in a very good condition even today, despite the rough weather that visits the region in the winter (and at other times in the year). We traversed the area from the car park to the Southern Fort and then on to the Northern Fort via the Guardhouse (which is now an activity centre and cafe) and onward toward the famous lighthouse. The forts appear not only to defend from external attack, but also have built-in defensible ‘kill zones’ throughout the interior, incase parts of the forts where over-run by enemy troops. The British soldiers inside could theoretically hold a position until reinforcements arrived and dealt with te incursion. 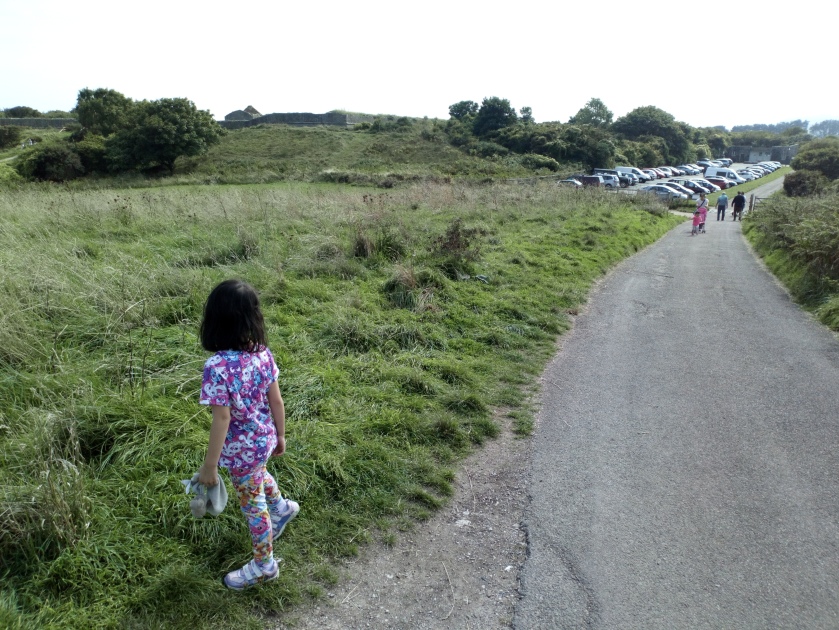 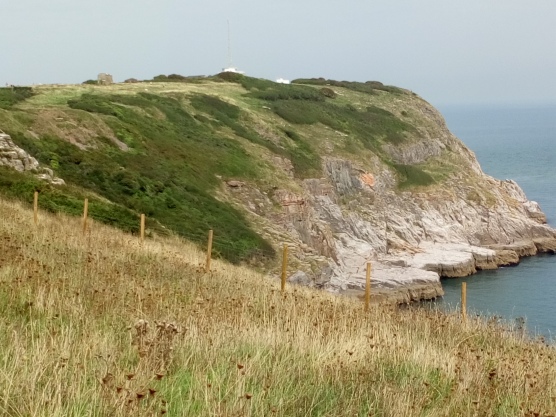 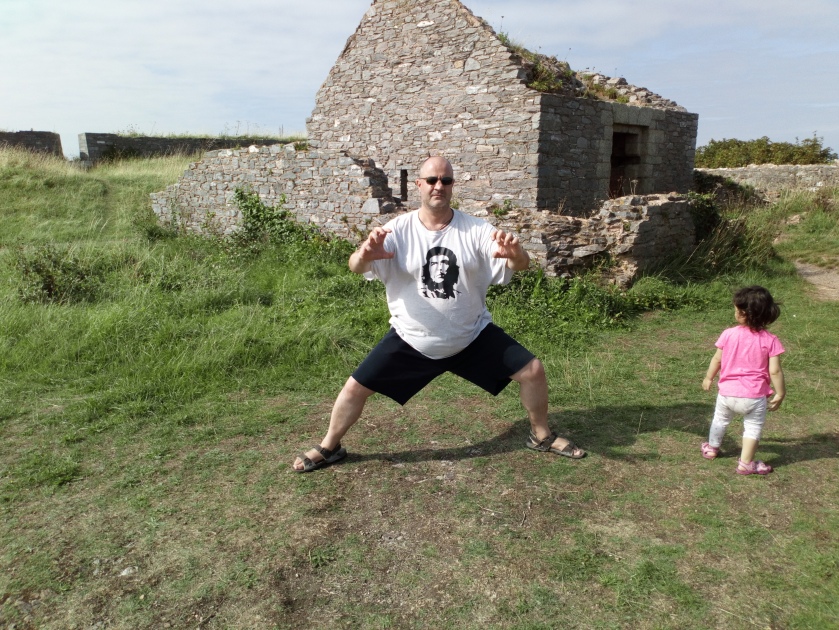 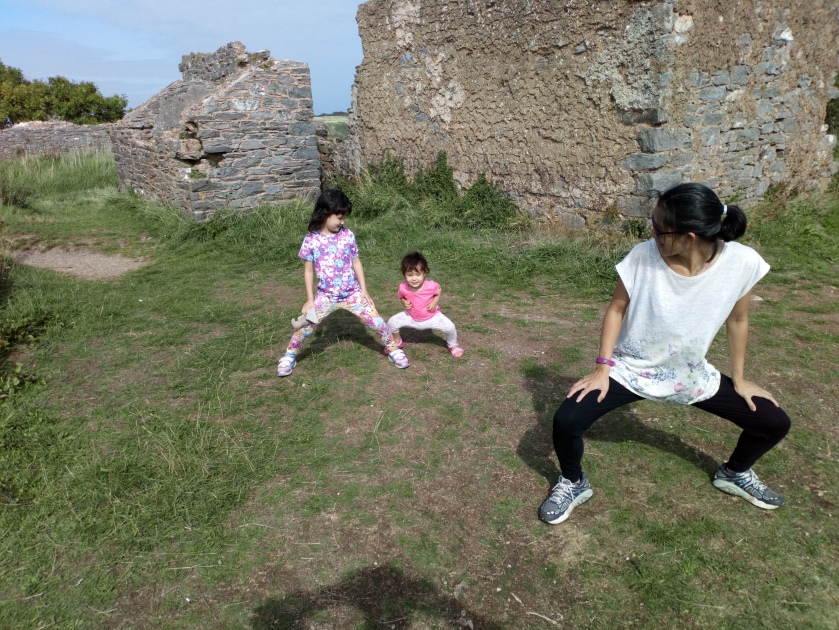 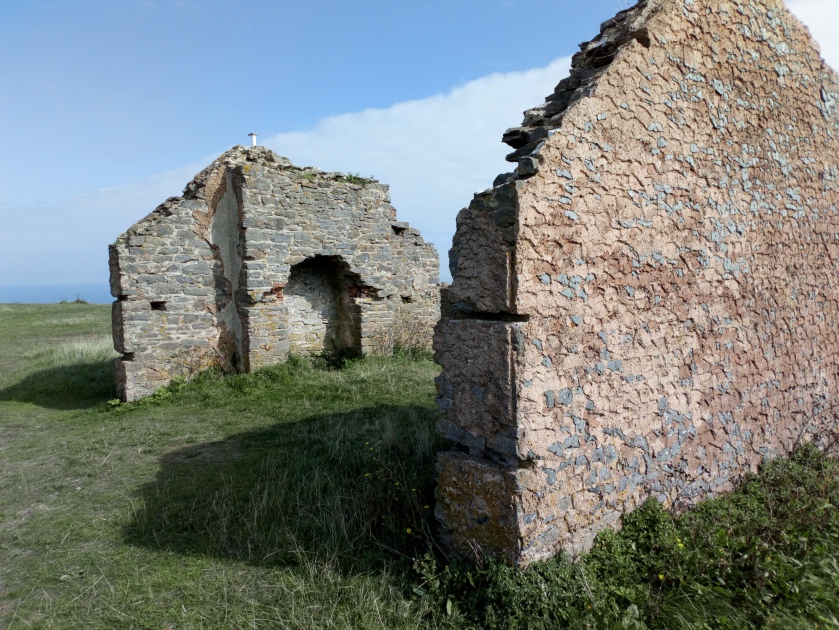 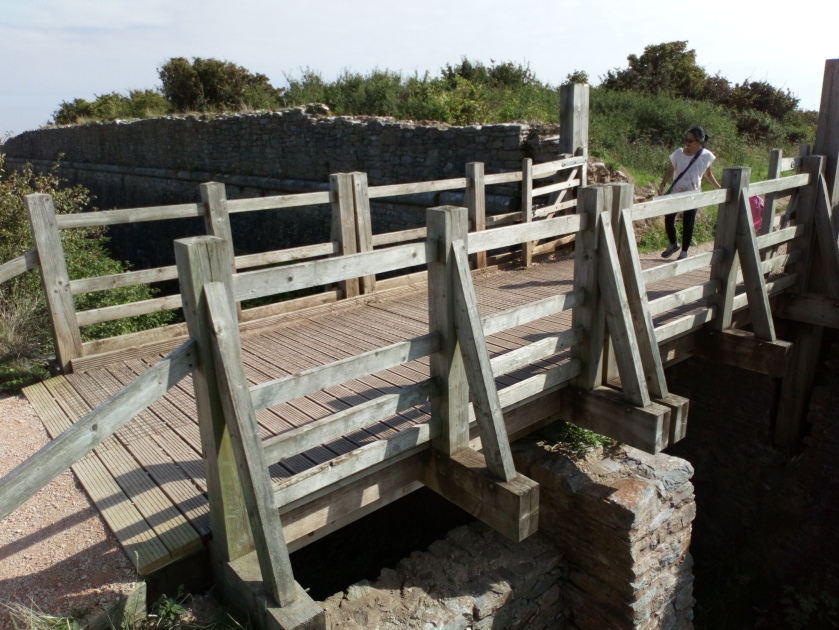 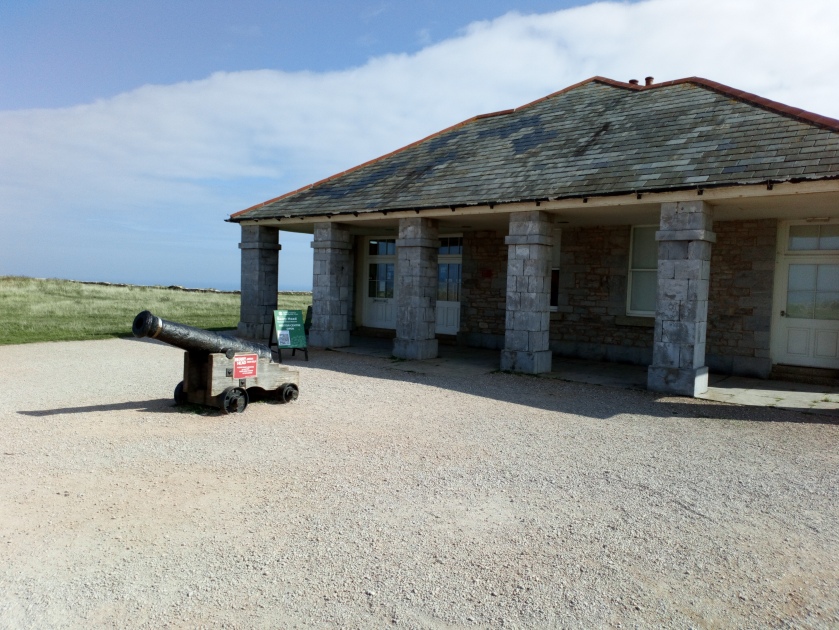 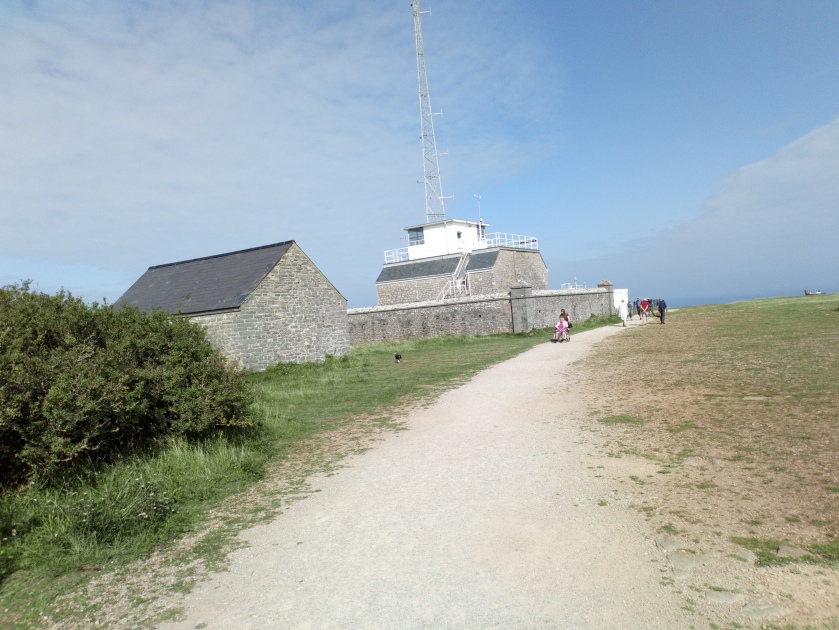