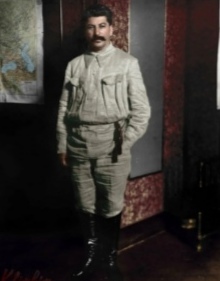 After a year-long investigation, the UN found the UK (Tory) government Guilty of Crimes Against Humanity (in 2016) for the deaths of at least 120,000 vulnerable and disabled people – who were killed between 2010-2016 by ideologically-led Tory cuts in Benefits, Social Services and NHS care! This made the UK only the second country in Europe (behind Nazi Germany) to have been found Guilty of genocide. How did the bourgeois media respond? With an absolute silence. How did the Tory government respond? David Cameron ‘sacked’ the odious Ian Duncan-Smith and refused to accept the findings of the UN! Every year a UN taskforce meets with representatives of the disabled community – and every year the UN states that the UK government has ‘failed’ to address the 2016 findings!

Every year the bourgeois media completely ignores this issue and the death toll continues to mount! The UN Report stated that to coincide with the cuts of Benefits, Social Services and Healthcare – the British government was assisted by a bourgeois press that behaved like the Nazi German media in 1930s Berlin – such was its accompanying ‘demonisation’ of the disabled population (in a bod to stop any widespread sympathy for them)! This is the same bourgeois media that in Britain supported Adolf Hitler during the 1930 – and which is brain-washing the general population of the UK, EU and US into supporting a ruthless Neo-Nazi Movement in West Ukraine! YouTube is part and parcel of this great manipulation drive and is limiting access to Russian-language videos! In five, ten or twenty-year’s time, there will be a great reckoning between those who supported Neo-Nazi Ukraine and those who dared to stand-up to tyranny and resisted this attempt by the bourgeoisie to ‘normalise’ fascism!